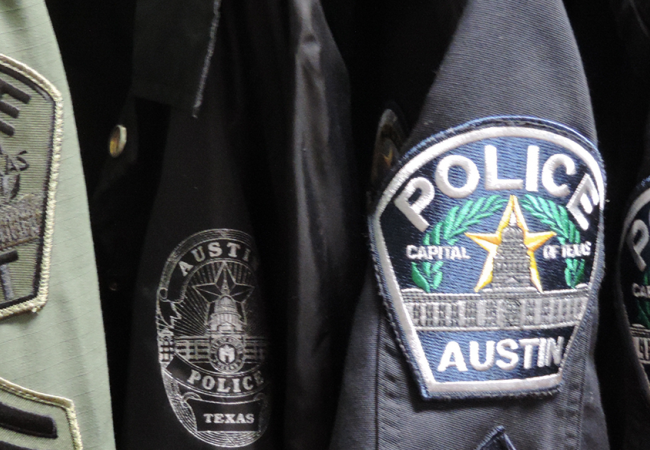 "We're definitely getting corona. And it'll be that bastard phuc pham"

KUT reports that an Austin Police Officer has been fired for sending anti-Asian racist text messages.

APD’s Internal Affairs division began investigating the officer in the spring of 2020 when text thread between Castelline and former officers surfaced.

In the group chat, officers were complaining about a man named Phuoc Pham:

Former Officer 1: Lol Yup! he’s the one who actually started it

Former Officer 1: No just being truthful

Former Officer 2: Kind of afraid of catching the corona. A Lot of Slants over here

Castelline also sent a George Takei meme showing his hands over his face with the words “oh my.”

Austin Police Chief Brian Manley said Castelline “repeatedly blam[ed] ‘Former Officer 2’ for most, if not all, of the thread.”

Manley added that Castelline failed to confront or report the former officers but instead contributed to the thread nine days later.

In his new message, Castelline meme showing an African American man being supplied oxygen in hospital in an attempt to mock APD officers working on patrol.

Former Officer 2 responded, “That’s not funny. This man has suffered enough through institutionalized racism and fought hard to rise above it and make something for himself and his family, only to have the white devil Castelline try to put him back in chains.”

Manley said of Castelline, “His lack of acceptance of full responsibility is very troublesome to me. Calling Mr. Pham a ‘bastard,’ whether it be to his face or behind his back, is unacceptable behavior and shows a complete disregard for the impartial attitude and courtesy that APD officers are required and expected to show to all persons.”

“Moreover, his comments and inferences can also be seen as insolent and abusive towards Detective co-workers and co-workers of Asian and African American [descent].”

In other news, children’s TV show Horrible Histories is being boycotted for its racist ancient Chinese cuisine skit.