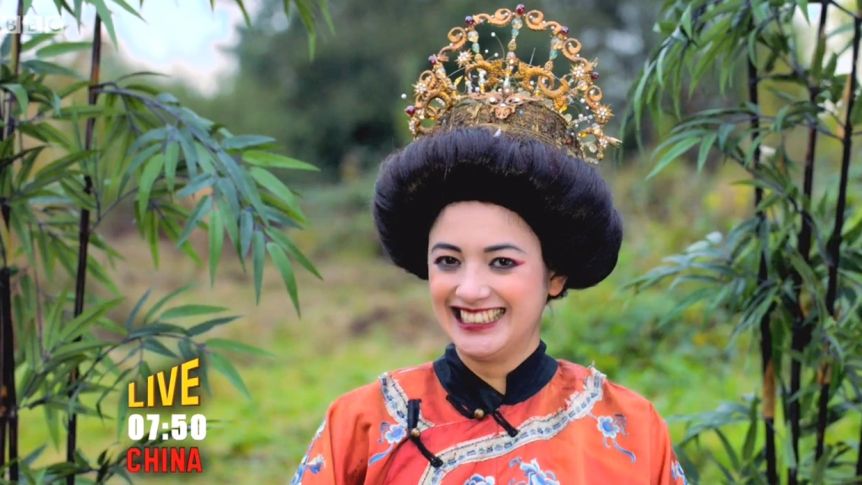 "We just think that is really culturally inappropriate"

In a recent episode, a British Asian actress was featured in a Chinese costume eating rats, cockroaches and jellyfish to explain eating culture in China’s Tang Dynasty.

The segment was presented in a parody of I’m a Celebrity … Get Me Out of Here’s ‘Bushtucker trials’ in which contestants are often forced to eat insects.

The hosts of the show explain that Empress Wu murdered many people to gain power and asks if the Empress could “cope with” eating foods from the era. The actress then pretends to use chopsticks to eat a rat whilst sitting among bamboo sticks.

First, the actress is served hornet larvae, which is described to audiences as “basically maggots”. Plates of cockroaches, boiled camel hoof, bamboo rat, jellyfish and steamed bear are then offered.

The actress eats the food but one of the hosts pretends to vomit.

“You do know in Tang China, these are things we normally eat,” the actor tells the hosts.

Over 1,200 people have since signed a petition calling for the boycott of the BBC-produced show. The episode was viewed 7 million times in China alone.

Members of the Chinese Australian community have also called for ABC to apologise for the episode.

“I hope that ABC could take down the Horrible Histories TV series, especially the series 6,” said Say Leng Kapsis, the president of Fair Go SA, a not-for-profit organisation providing anti-racism services for Chinese Australians since the coronavirus pandemic.

“We just think that is really culturally inappropriate. We also hope that ABC in the future could have more considerations … whether it is culturally appropriate to show these types of content to our young children audience.”

The mother of a two-year-old girl told the ABC that some Chinese Australians were particularly sensitive to the episode amid the Coronavirus pandemic, which “changed definitions of cultural sensitivity”.

“We have the Me Too movement and the Black Lives Matter. These are the samples that show how the political landscape and humanism have changed massively across the years,” she said.

In recent news, Amazon has come under fire for selling “racist” Chinese costumes.