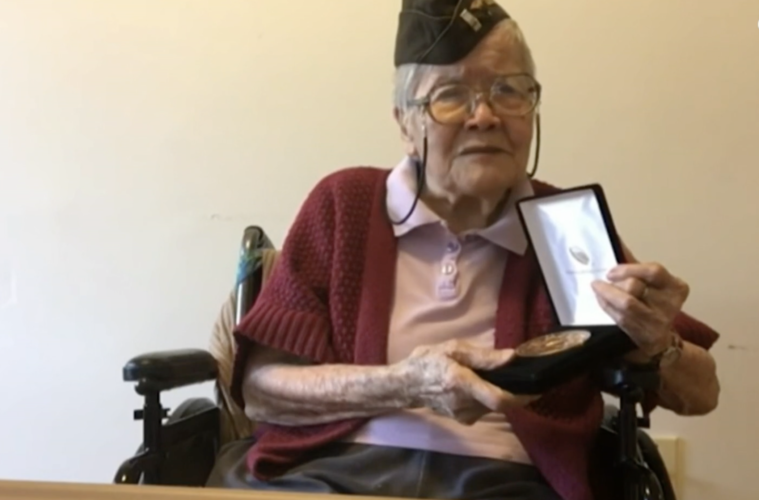 "These guys had never been acknowledged for their service"

On Wednesday Congress presented the United States’ highest civilian awards, 75 years after the war ended. Veterans received citations for heroism including the Medal of Honor. Less than 300 of the service members re. still alive today.

Despite anti-Chinese rhetoric such as the Chinese Exclusion Act of 1882, thousands of Chinese joined the military and fought for America. 40% of veterans with Chinese ancestry were not even US citizens.

Congressional leaders condemned the exclusion act whilst honouring the veterans during the ceremony.

“What was extraordinary for these 20,000 Chinese American veterans was the choice they made in the face of gross prejudice despite facing racial discrimination at home, including the hateful Chinese Exclusion Act that remained in place until 1943,” Rep. Judy Chu said during the ceremony.

“These men and women were proud to serve our country. They deserve our deepest gratitude, and it is with tremendous pride that we honor them today.”

Ed Gor, national director of the Chinese American WWII Veterans Recognition Project added, “most of them came back to become professionals, businessmen, getting married, starting families, just contributing — I’d call it almost silently — into the fabric of the United States of America. These guys had never been acknowledged for their service.”

Posthumously honoured veterans include former Sens. Hiram Fong and Daniel Akaka, both of Hawaii. Fong served in the Army Air Forces, while Akak was in the Army Corps of Engineers, stationed in the Northern Mariana Islands.

Army Capt. Francis B. Wai, who was awarded the Medal of Honor was presented with a Gold Medal. Wai was killed while saving fellow soldiers during an attack in the Philippines.

Nurse Elsie Chin Yuen Seetoo who served in China and India, was honoured too. “About that time, the U.S. Army also came through, desperately needing English-speaking nurses,” she said.

“I was the only Chinese American nurse stationed there back then. Sometimes a smallpox case that nobody wanted to handle happened. I would be the target for cases like that,” she said.

She and other Chinese Americans “answered the call to duty when our country faced threats to our freedom. We have waited a long time for this moment. I hope our perseverance and our commitment and hard work will further inspire our young people to serve this wonderful country.″

In other news,  Joe Biden is set to nominate Asian American lawyer Katherine Tai as his top US trade envoy.