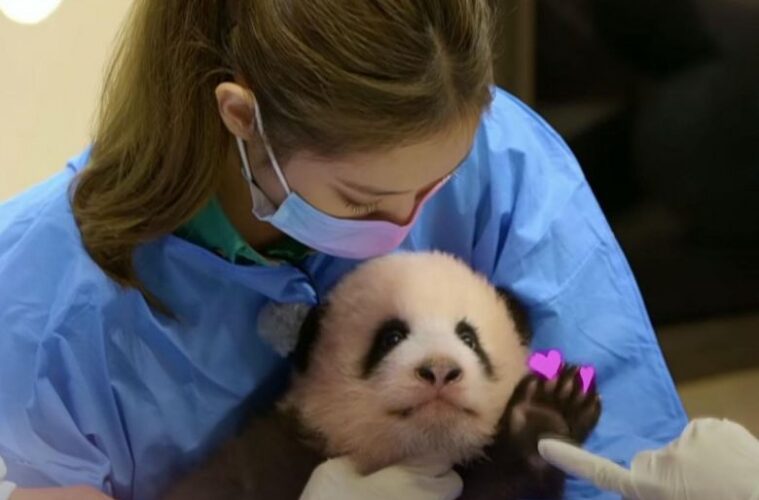 Kpop group BLACKPINK have come under fire for handling a baby panda without gloves according to the Guardian.

A video showed four members of BLACKPINK holding the panda as part of a trailer for their reality show 24/365 With BLACKPINK.

The baby panda, Fu Bao, is the first panda to be born in South Korea. Fu Bao was born in July to pandas who were brought to South Korea from Sichuan in 2016 as part of China’s ‘panda diplomacy’.

Chinese netizens expressed their outrage after seeing members of the Kpop group handling the cub without protective gear.

#BLACKPINK and #panda were trending on South Korean Twitter during the weekend with many calling for the animals to be returned to China.

YG Entertainment – BLACKPINK’s label – has postponed the show, which was supposed to be released on the group’s YouTube channel this week.he

The agency has insisted that protective measures were taken with the pandas with the supervision of zookeepers and veterinarians.

“When Blackpink met the baby panda, all members wore hygiene gloves, masks and protective clothing … hands and shoes were disinfected at every transition,” the agency said in a statement.

“Nevertheless, in respect of international cooperation practices and recommendations from panda experts who say that nonprofessionals having close contact with the baby panda can cause misunderstandings, we decided to withhold the release of the related video.”