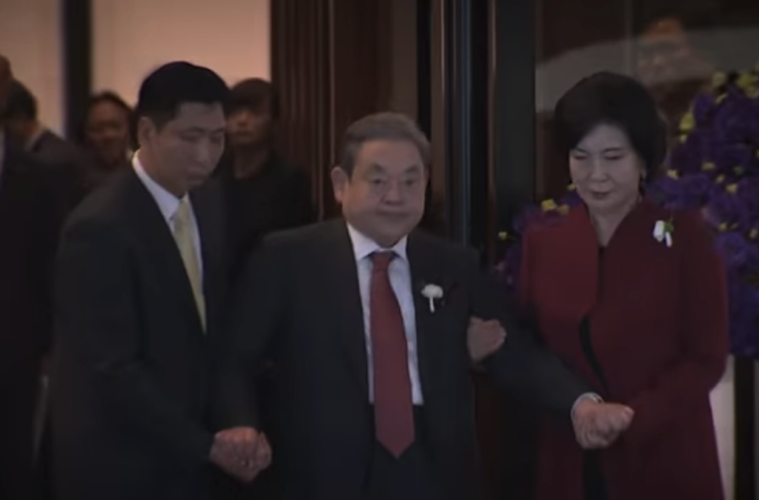 "Let's change everything except our wives and kids"

Samsung Group’s chairman Lee Kun-hee has died at the age of 78 according to the BBC.

The South Korean group is the country’s largest conglomerate and is one of the world’s biggest tech companies. Samsung is also South’s Korea’s largest chaebols – a family-owned conglomerate.

With a net worth of $21bn, Lee was the richest person in South Korea.

Lee died on Sunday but his exact cause of death has not been released.

The tech titan had beaten lung cancer but was hospitalized for pneumonia and respiratory issues. In 2014, he suffered a heart attack and slipped into a coma.

“All of us at Samsung will cherish his memory and are grateful for the journey we shared with him,” Samsung said in a statement.

Lee’s father Lee Byung-chul founded Samsung Group in 1938. He joined the family company in 1968 and became chairman in 1987.

The South Korean entrepreneur famously told his employees in 1993, “let’s change everything except our wives and kids.”

Despite his fame, Lee kept a low profile from the media and was consequently nicknamed “the hermit king”.