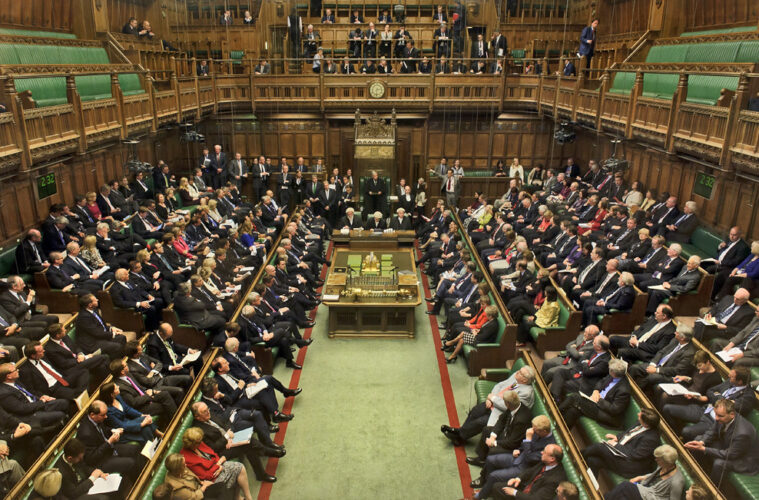 Owen told MPs how she heard two unidentified parliamentarians talking about Chinese people saying, “oh you know how they look”.

Although it has been revealed that the MPs in question were not from the Conservative Party, the Labour MP nonetheless tore into the opposition.

“We’ve seen Tory ministers sharing Covid jokes with caricatures of a person in a Chinese pointy hat, bucked teeth and slanty eyes,” Owen said. “Yet this wasn’t addressed by the party.”

“A Tory council leader who said in a meeting that this was all because someone was eating undercooked bat soup in China. Again not addressed by the party.”

“A couple of weeks ago two MPs, sat in the same room as me, referred to the Chinese as ‘those evil bastards’ and ‘Oh, you know how they look’,” Owen aded.

“They were rightly discussing awful human rights abuse being carried out by the Chinese state. But this is an othering of an entire ethnicity that should have no place in society, let alone this House.”

“It was only in my teens though, that I felt my racial identity meant my safety was threatened. When a student brought a knife to school to stab me because she didn’t like it when races mixed,” the Luton MP continued.

“I understand the fear and frustration that many British East and South East Asians are feeling right now as racists add another powerful tool to their arsenal – coronavirus.”

In other news, a campaign is hoping to save the London Chinese Community Centre (CCC) by raising funds.