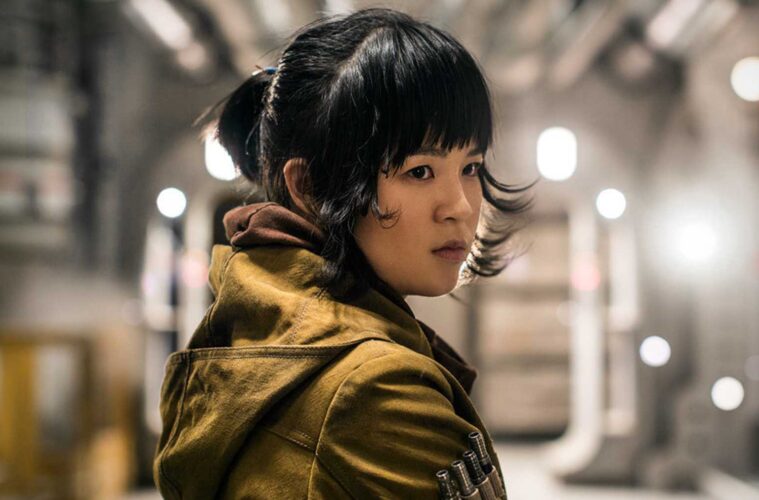 "I just did what was best for me"

Star Wars: The Last Jedi actress Kelly Marie Tran has said quitting social media was the “best thing she ever did”.

The 30-year-old actress had received racist abuse including one comment that read “Ching Chong Wing Tong is a dumbass fucking character Disney made and is a stupid, retarded, and autistic love interest for Finn. She better die in the coma because she is a dumbass bitch.”

Tran then broke her silence on the issue in a piece for The New York Times titled ‘I Won’t Be Marginalized by Online Harassment’.

She later went on to discuss the “fear and anxiety” she experienced from online hatred.

Now speaking to ET, Tran has described her decision to quit social media as the “best decision ever”.

“I mean, I think that, you know, it’s a different decision for everyone,” she tells ET’s Ash Crossan.

“And I think that people should do what they think is right for them. I also think that … it was the best thing I ever did. I don’t know. It’s funny, it feels like people are still shocked by it sometimes. I’m like, no … I just did what was best for me.”

“Why is that so shocking?” she continued. “Yeah, I feel great about it.”

It was recently announced that Tran has been cast alongside Awkwafina to star in Disney’s Raya And The Last Dragon.

Speaking about her new role, Tran said she is just as emotional as when she was cast in Star Wars.

“When Last Jedi came out and I was so overwhelmed by emotion, I didn’t understand it,” she recalls. “I’m having a very similar experience with Raya and the Last Dragon, if that makes sense.”

“Like, Raya and working with [directors] Carlos and Don and all these incredible people, and also having Jamie Roberts who cast that movie and who believed in me more than I did — and probably still does. Like, I have not grasped that yet. It feels very, very unreal and doesn’t make sense. And I am so excited for people to see it.”