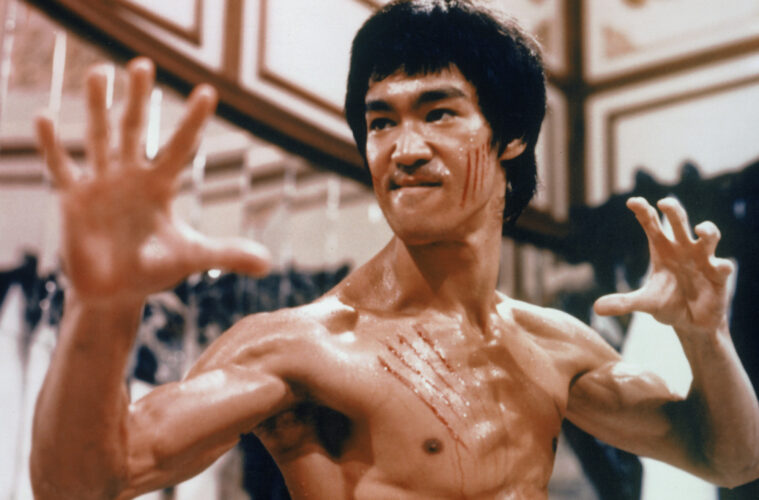 "You see, my obsession is to make, pardon the expression, the f—ingest action motion picture that has ever been made"

Bruce Lee‘s daughter Shannon Lee has revealed that her father asked Warner Brothers to re-write Enter The Dragon to encompass his goals.

In an excerpt from Shannon Lee’s book, ‘Be Water, My Friend: The Teachings of Bruce Lee’, Lee explained that the 1973 film’s original script did not feature many of the iconic Bruce Lee scenes.

“This original script had none of the iconic scenes that exist today,” Shannon Lee writes. “No ‘finger pointing at the moon.’ No ‘art of fighting without fighting.’ No philosophical scene with the monk discussing the true nature of mastery — ‘I do not hit. It hits all by itself.’”

In a letter to Ted Ashley, then-head of Warner Brothers, Bruce Lee explained that he had desire to showcase the “glory” of Chinese martial arts.

“I am sure you agree with me that quality, extreme hard work, and professionalism is what cinema is all about,” the Hong Kong martial artist wrote. “My twenty years of experience, both in martial arts and acting has led to the successful harmony of showmanship and genuine, efficient, artful expression. In short, this is it, and ain’t nobody knows it like I know it.”

“Pardon my bluntness, but that is me! You see, my obsession is to make, pardon the expression, the f—ingest action motion picture that has ever been made. In closing, I will give you my heart, but please do not give me your head only. In return, I, Bruce Lee, will always feel the deepest appreciation for the intensity of your involvement.”

When the producers ignored his request, Lee refused to turn up to the set on the first day of filming.

“He knew that if he didn’t take a stand, he would be marginalized over and over again by people who ‘knew better'” Shannon Lee explains.

After a two-week standoff between Lee and the studio, filming resumed with his changes. Lee’s daughter revealed that the producers “created cover-up stories about how my father was so nervous about being in a Hollywood movie and being a failure that he was terrified to show up to set.”

Last year, Shannon Lee has took aim at Quentin Tarantino for his of a portrayal of her father in Once Upon A Time In Hollywood, describing it as a “mockery”.

Earlier this year, she described Trump’s “kung flu” comments as “very much a racist”.