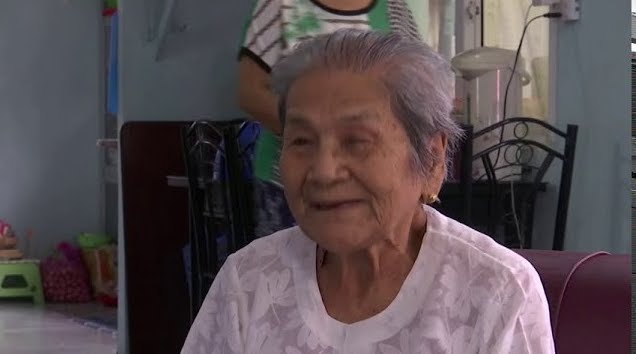 100-year-old Asian grandmother beats Coronavirus, ‘barely knew she had it’

“I felt nothing. I was eating well, showering myself and walking as normal"

A 100-year-old Asian grandmother has beaten Coronavirus, and “barely knew she had it” according to Reuters.

Myanmar centenarian Thein Khin contracted Covid-19 and was kept in an isolation centre last month. As she was asymptomatic, she said she feared more for her grandchildren.

10 members of Khin’s family were infected but have since recovered.

“I felt nothing. I was eating well, showering myself and walking as normal,” she said, adding that the virus barely impacted her.

“If I suffered from this virus, I would be lying and moaning on the bed. But I am strong, walking around. I felt nothing.”

According to the WHO, “older people, and those with pre-existing medical conditions are at risk for severe disease.”

Khin went on to say that WWII was far worse than the pandemic.

“The situation during World War Two was so much worse. I heard this virus pandemic is also dangerous across the world. But I feel this disease is nothing,” she said.

“Of course, I’m worried for my children and grandkids. Death is no matter for me because I am very old. I have escaped from many deadly, worse and dangerous situations.”

Her granddaughter, Win Win Yee said the family just hopes they will not be reinfected.

“We are still so scared of getting infected again,” she said. “That’s why we don’t go anywhere outside … We locked ourselves down.”

In other news, police in Ottawa are investigating a hate crime in which a man said “wearing a mask makes me want to kill Asians.”