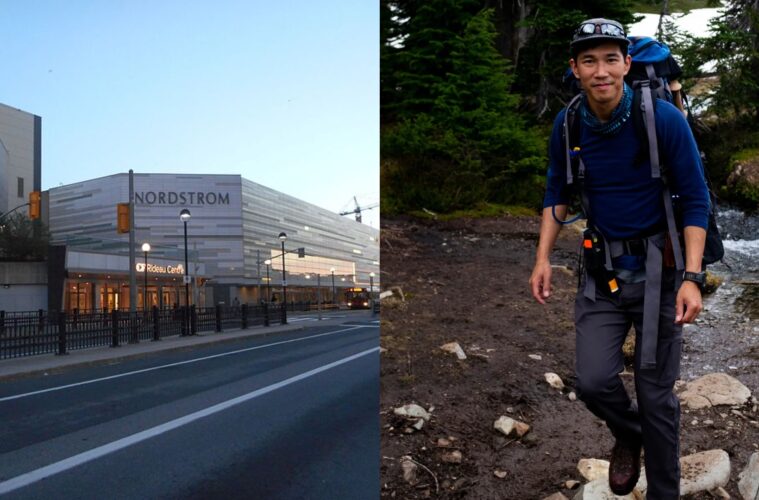 "I just want to kill Asians, war is war"

Police are investigating a racist incident at a mall in Ottawa.

Justin Tang was entering the Rideau Centre – a mall in downtown Ottawa – when a man told him that he wanted to “kill Asians”.

Tang, an award-winning photojournalist, said he had just put on a mask before entering through the mall’s front doors when the incident on Friday occurred.

The City of Ottawa has encouraged residents to wear masks to prevent the spread of Coronavirus.

“Being forced to wear a mask makes me want to kill Asians,” the racist man told Tang.

“That’s very unkind what you just said to me,” Tang responded.

“I just want to kill Asians, war is war,” the man said.

Speaking to CBC, the Chinese Canadian photographer said he was shook up by the incident.

“It was alarming. I realized that I was ready to run if I had to,” Tang said. “I was ready to … defend myself as best I could if the situation had come to it, but my main goal was just to defuse the situation and tell this person that I didn’t like what they were saying and it wasn’t OK.”

Tang reported the incident to the police via Twitter, stating that “the sharing of it is important. I wanted this to be known.”

“When you’re not confronted by these things every day, it is easier to forget [these] problems exist, and that for some folks, overt racism is an everyday thing,” said Tang. “Black or Indigenous folks … might deal with this daily.”

Ottawa police have since released a statement asking for witnesses and encouraging other victims of “similar hateful behaviour” to contact them.

“The Service takes these incidents very seriously and they will be fully investigated,” the police stated.

Tang believes that racism towards Asians amid the Coronavirus was exacerbated by Trump calling the Covid-19 the “Chinese virus.”

“I’ve ended up channeling some of the energy that I’ve had from this negative experience into learning more about my own history of people that look like me in Canada,” Tang said.

In other news, a racist Canadian who was caught on video kicking and spitting at an Asian man’s car has been charged with a hate crime.

I just got my first COVID related death threat. To my face. For being Asian. In Ottawa. Outside the Rideau Centre. I guess it only took 8 months for that to happen.