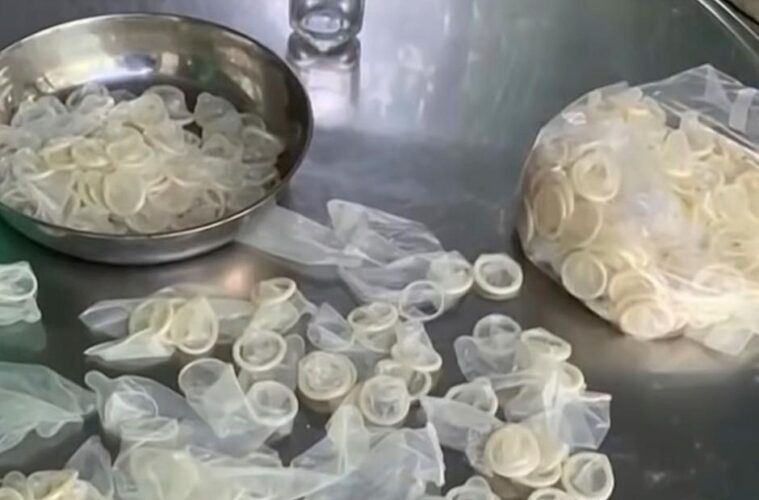 Vietnamese police confiscate 345,000 used condoms that were being sold as new

Vietnamese police have confiscated around 345,000 used condoms that were cleaned and resold as new.

Dozens of large bags filled with used condoms were found in a warehouse in Binh Duong.

The bags weighed over 360kg and contained an estimated 345,000 condoms.

She received $0.17 for every KG of recycled condoms she produced.

The owner of the warehouse received a “monthly input of used condoms from an unknown person.”

In other news, a Japanese adult video company is opening an adult theme park in Tokyo’s red-light district.