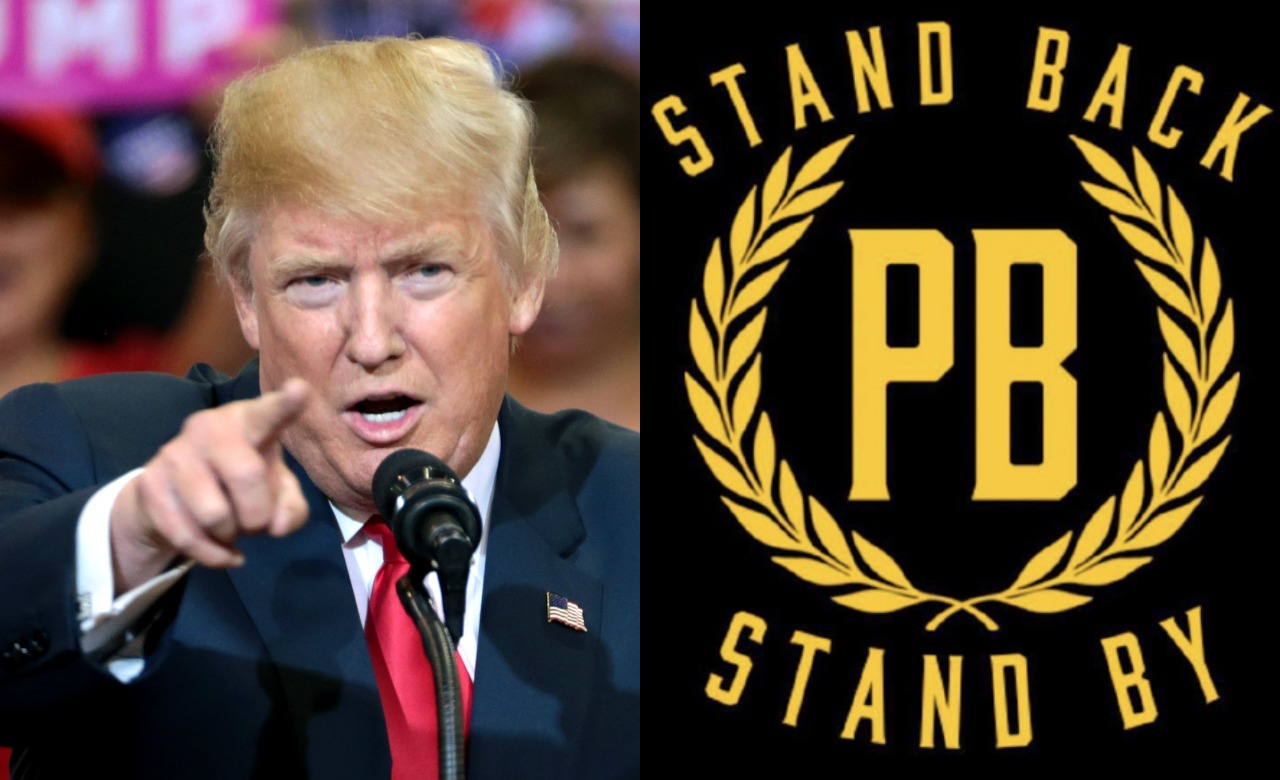 President Trump has declined to denounce white supremacy whilst calling out for far-right group The Proud Boys.

The 74-year-old made the remarks during the first Presidential Debate last night.

Moderator Chris Wallace gave Trump the opportunity to denounce white supremacy during the debate, to which the President sidestepped.

“Are you willing, tonight, to condemn white supremacists and militia groups and to say that they need to stand down and not add to the violence in a number of these cities as we saw in Kenosha and as we’ve seen in Portland? Are you prepared to specifically do that?” Wallace asked the President.

“Sure, I’m prepared to do that,” Trump said in response. “But I would say almost everything I see is from the left wing, not from the right wing. If you look, I’m willing to do anything. I want to see peace.”

Trump then gave a shout-out to the right-wing group The Proud Boys before blaming the left.

“Proud Boys, stand back and stand by,” Trump said. “But I’ll tell you what: Somebody’s got to do something about antifa and the left. Because this is not a right-wing problem — this is a left-wing problem.”

“His own FBI director said … antifa is an idea, not an organization. Not militias,” Biden responded.

The Proud Boys are a neo-fascist far-right organization that only allows men as members and engages in political violence.

Joe Biggs, an organizer of the group posted “Trump basically said to go fuck them up! this makes me so happy.”

After the debate, the group edited their logo to include Trump’s call-out of “stand back, stand by.”

In other news, Former Democratic Presidential candidate Andrew Yang has called the removal of President Trump from the White House a “major political awakening” for Asian Americans.

The Proud Boys are ecstatic tonight about getting mentioned in the debate tonight.

“Trump basically said to go fuck them up! this makes me so happy,” writes one prominent Proud Boy. pic.twitter.com/hYA7yQVAOn

The Proud Boys are now sharing the group’s logo with the president’s words emblazoned like a slogan. pic.twitter.com/T3tp286YRa