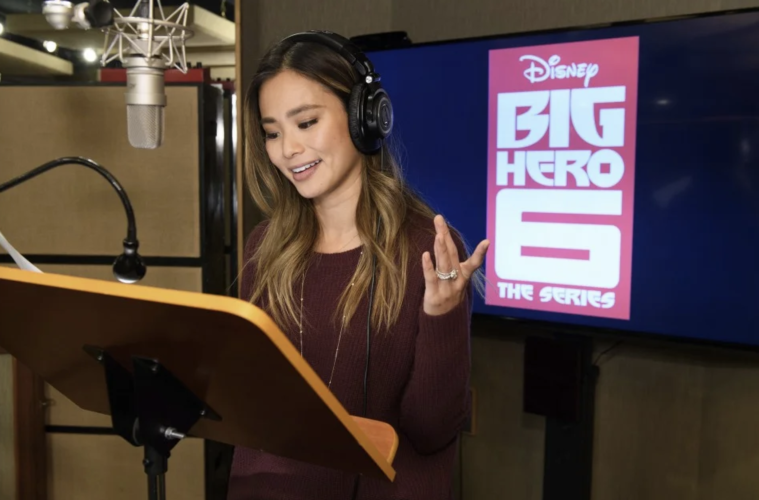 ‘It’s not enough for me just to be a token Asian’: Big Hero 6 star Jamie Chung talks representation

Big Hero 6 star Jamie Chung has spoken up against being a “token Asian” on screen.

“What’s rare is that you get a season 3 of anything, but to have a season 3 with a cast that you love and with a character that you know so well — and to be able to expand these storylines and really, really get to know each character’s very private lives — is so rare and has been such a joy and delight and really quite comical. You literally see our main hero, Hiro, grow up on-screen and also off-screen,” Chung said.

The 37-year-old actress has voiced superhero GoGo Tomago since the 2014 film animated film of the same name.

For Chung, Disney’s portrayal of a multicultural San Francisco was an element that drew her in.

“That’s their thing, and that’s why I’m so proud of this show because it’s so multicultural and you get those layers and you see it on screen and you see the stories play out — whether it’s through food or the background stories. It’s like you get a taste of all of that and it makes you proud to be a part of something like that.”

Looking back on her own career, Chung revealed that she had previously played the “token Asian” role but feels that times are changing for the better.

“We need more stories that’s more specific versus, “OK, we have an Asian character.” I fell victim to being the token Asian when I first started out in my career and the reason why I felt it was OK was because it’s one Asian versus no Asians,” she said.

“We need more stories like that and I think you’re seeing it. I think people are really taking the bait and giving these storytellers a chance to tell their stories but it’s happening. It’s not happening fast enough, but it’s certainly changing.”

The third season of Big Hero 6 is now available on DisneyXD and DisneyNOW.

In other news, Over The Moon producer Peilin Chou has spoken out about why the film needed to only cast Asians.