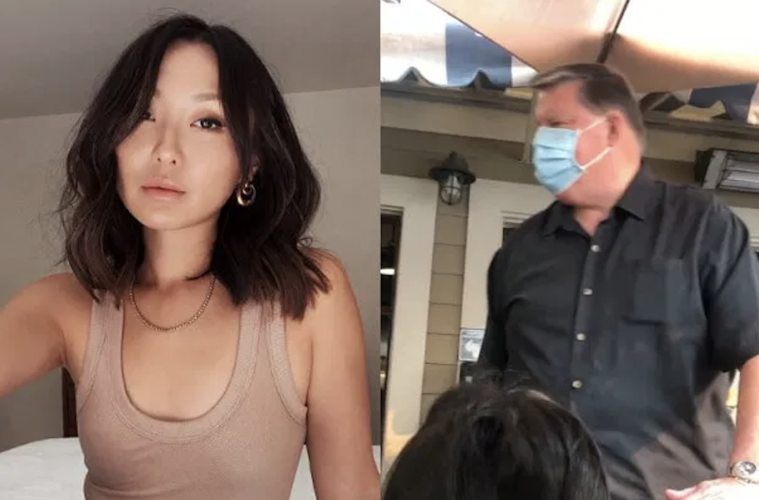 ‘Go back to Wuhan’ racist gets fired from Prudential, Sophia Chang defends shaming him

The racist man who told Sophia Chang to “go back to Wuhan” has been fired from Prudential.

Earlier this month, the man, identified now as James Hilbrant of Orange County, racially harassed Chang and her sister at a restaurant in Newport Beach.

“My sister and I sat down to eat dinner @bluewatergrill in Newport Beach and this man made direct eye contact with us and said “Go back to Wuhan” as he headed to the bathroom,” Chang wrote on Instagram.

Chang had called for Prudential to fire Hilbrant after his identity was revealed online.

“James Hilbrant needs to be held accountable. @prudential – he should be permanently terminated from your company!! We are waiting on a statement,” she said last week.

Prudential has since released a statement to AsAmNews revealing that it has “cut ties” with Hilbrant, who worked as a financial adviser at the company.

“After thoroughly investigating the incident in Newport Beach, we have made the decision to end our relationship with the financial representative involved,” Prudential said their statement.

The company added that it had “zero tolerance for discrimination.”

On Monday, Chang defended shaming the racist man after critics inboxed her for not walking away.

“I have received some [direct messages] from people who think that I’m taking it too far,” she said.

“There’s this one person who [direct messaged] me that said since I have a platform that it’s my responsibility to teach my followers how to deal with racism with grace by walking away.

“I couldn’t disagree more. Because of this platform I have the responsibility to show people that it is not OK to be talked to like that and racially harassed for no reason.”

“I didn’t ask to be in this situation. What would you want to happen? Him not have any kind of consequence?” she asked.

“I’ve realised this whole situation is much bigger than my sister and I. There’s so many Asians in America who have dealt with racism since the pandemic hit and its not OK,” she said.

“Some people feel like they don’t have a voice and others simply just walk away and that is something I just could not do.”

“Walking away does not solve the issue and that is why I am choosing to speak up.”

In related news, the US House of Representatives has passed a resolution denouncing Coronavirus racism towards Asian Americans.

On September 12, my sister @robinchang and I encountered a racist man around 6pm at @bluewatergrill in Newport Beach while having dinner. His name is JAMES HILBRANT. He is currently an employee of @prudential, one of the biggest life insurance companies in the US. He told my sister and I to “GO BACK TO WUHAN”. Once we confronted him he proceeded to insult us by saying, “I DON’T SPEAK CHINESE” even though we were clearly speaking English. When the manager approached him, it looked like he was denying everything. However, when the staff was not around James would stare us down with this look as if he knew he just got away with what he said. I will never forget that moment and it replays over and over in my head. I immediately took action by recording the incident on my phone. Unfortunately, I pulled it out right after he insulted us, but it was clear that even the manager knew he what he was doing. Robin and I simply went to Newport Beach to have a nice dinner outdoors. We said NOTHING to this man and for him to verbally attack us because of our race is unacceptable. Ever since the pandemic, there has been an increasing number of hateful acts against Asians. It doesn’t help that our president called Covid-19 the “Chinese virus”. Donald Trump’s rhetoric has influenced people like JAMES HILBRANT to believe that they are invincible and can get away with racial harassment but that is simply NOT the case today. James Hilbrant needs to be held accountable. @prudential – he should be permanently terminated from your company!! We are waiting on a statement. I feel so fortunate that I have a platform where I am able to share my experience and shine a light on racism against Asians. This could have happened to anyone. I can’t imagine how many times he has probably gotten away with something like this. To everyone who has commented, shared, or reposted THANK YOU SO MUCH. There is an obvious divide in our country, but this incident has truly opened my eyes on the unity that still exists today. I know I am just one person, but I hope that shedding a light on this encourages anyone who deals with racial harassment to SPEAK UP. Do not let them win.