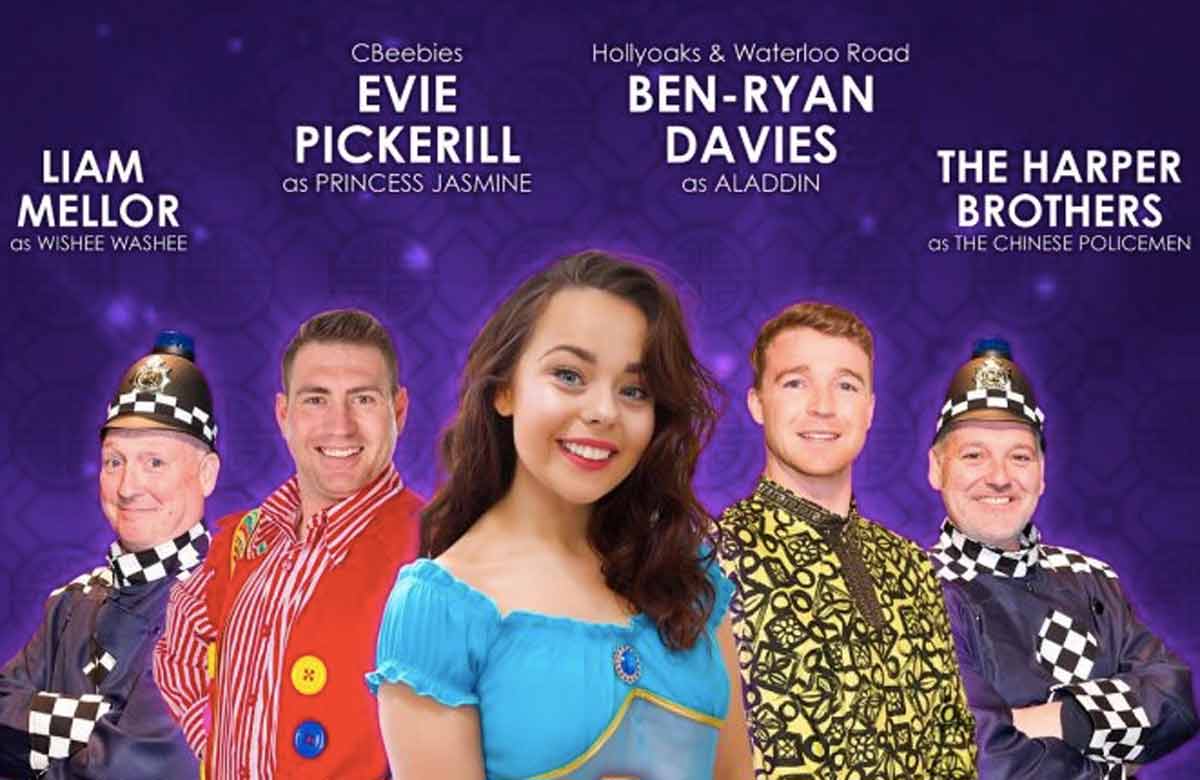 The Stage reports that a a pantomime production of Aladdin has been critisized for featuring racist ‘Chinese Policemen’ characters.

Featuring an all-white cast, the production is set to run at the Forum Theatre in Billingham, County Durham, from 1 December.

Posters of the pantomime show that ’The Chinese Policemen’ will be played by comedy duo the Harper Brothers Darren and Rob Harper.

A spokesman for campaign group British East Asians in Theatre and Screen called the production out for racism.

“We see it every year in panto. Tropes such as ‘The Chinese Policemen’ in Aladdin are offensive relics from an era when it was seen as harmless to make fun of ‘foreign’ names, accents, food and culture. Let’s leave them in the past where they belong.”

Actor Irvine Iqbal also expressed his frustration with the production stating, “Is this the future for representation in our industry? What example does this set for our younger generation of performers? Who are leaders driving change?”

Actor and Resonate writer Lucy Sheen tweeted: “For so long this type of casual racism in the guise of family entertainment has gone unchallenged but not any more.

“I am not suggesting you cannot do Aladdin but the thinking behind it has to be far more intelligent and culturally aware now that we are in the 21st century.”

Forum Theatre Riverside Leisure Promotions, which is behind the production argued that the controversial characters are “traditional characters in most traditional pantomime versions of Aladdin”.

Director of Riverside Leisure Productions, Derek Cooper, said: “I’m sure if you check back through years of regional pantos performed you will find a version of their characters billed at many, many theatres – if not all.”

“I completely reject that the casting is racist.”

“Our casting policy is very simple, we try our best to retain the same actors year after year due to no other reason than they are very talented, our local audience loves them and they are very friendly and easy to get on with backstage, which is important when you are constantly together as a team for six weeks.”

In other news, an African-American shoplifter was caught on camera spewing racist hate in Shanghai.