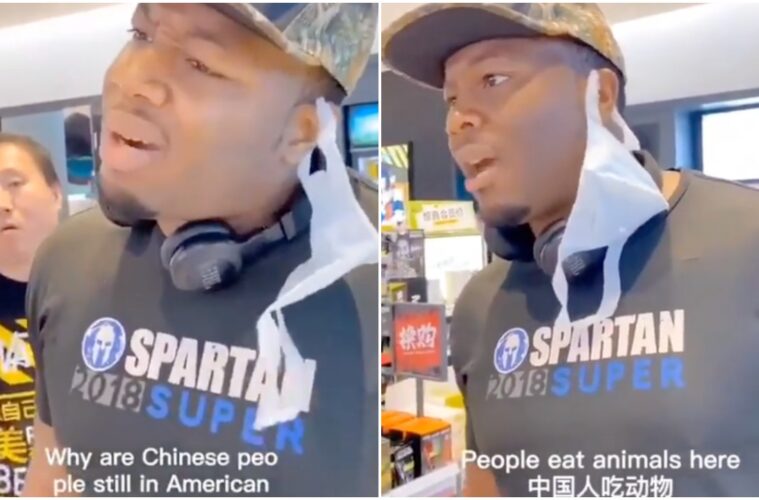 ‘Why are Chinese people still in America?’: Shoplifter spews racist hate in Shanghai

An African-American shoplifter was caught on camera spewing racist hate in Shanghai.

As reported by Asian Dawn, footage of the thief surfaced on Chinese social media platform Weibo.

The unidentified man was reportedly caught stealing a box of bandaids from a Shanghai convenience store on 13 September.

In the video, the cashier is heard responding “you are swearing a lot.”

Another employee is heard stating “this is a civilized country!”

“No, it’s not,” the thief says. “Because kids get chopped up here, people eat animals here, people do all kinds of things here.”

“Why are you still here then?” The employee asks.

In other news, Influencer Sophia Chang was harassed by a racist man who told her to “go back to Wuhan”.

An African-American in Shanghai, China. Basically, Asians are disrespected in their own lands. China isn’t civilized? Then how come I can use the public transportation there, but get jumped by a hood rat if I were to use the transit system in Los Angeles? Kids get chopped up in China? Like they do in many African countries with machetes? . Video Credit: David Zhu . #racism #antiasian #antichinese #asianlivesmatter #doublestandards #arrogance