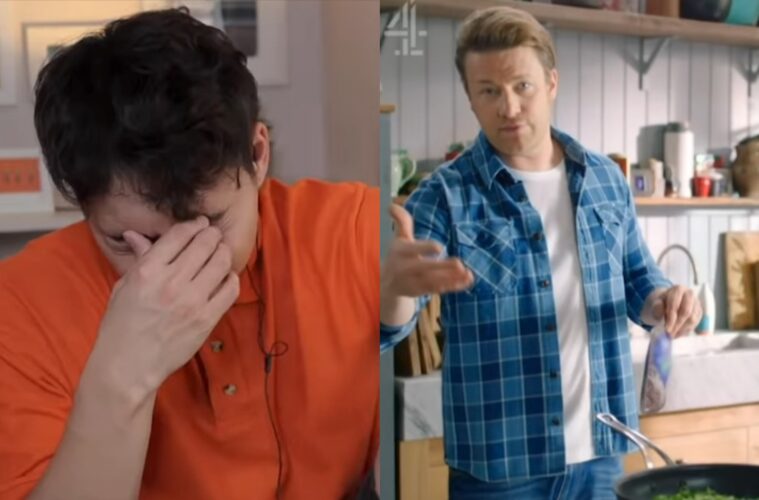 "You hear sizzling? I hear my ancestors crying"

Now, the internet’s favourite uncle has aimed his sights towards the British MBE chef and restaurateur.

At the start of the video, Uncle Roger immediately takes issue with Oliver’s saucepan.

“Uncle Roger send you one wok for free, Jamie.”

When Oliver goes on to describe egg fried rice as a “side dish”, Uncle Roger is immediately triggered.

Oliver then uses olive oil, which Uncle Roger again critisizes.  “Who use olive oil for egg fried rice?” Uncle Roger questions. “What, are you making salad? Olive oil is like white-people oil. Not suitable for Asian dishes like egg fried rice.”

Adding fuel to the fire, Oliver then fries spring onions before anything else.

Later in the video, Oliver is heard saying “you can hear [the rice] sizzling”, to which Uncle Roger aptly responds, “You hear sizzling? I hear my ancestors crying.”

At the end of his video, Uncle Roger states, “Jamie is professional chef, all the step he mess up. Does this guy hate rice or something?”

“What else have he done with rice?” Uncle Roger asks before sharing a screenshot of an article titled ‘Jamie Oliver’s ‘jerk rice’ accused of cultural appropriation’.

“This guy, I think he just hate rice in general,” Uncle Roger concludes. “Maybe he’s sponsored by potato company. They are competition. Uncle Roger don’t like this Jamie Oliver recipe. Too wet, no garlic, no MSG, he break the tofu, no wok, it’s all wrong.”