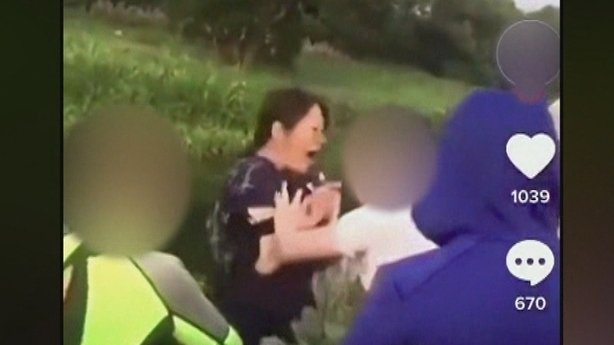 Police are unlikely to charge the boys due to their age

Republic of Ireland police force Gardai are investigating an incident in which a Chinese woman was pushed into a canal in Dublin.

Xuedan (Shelley) Xiong was walking along the Royal Canal between Castleknock and Ashtown in County Dublin at around 7 p.m. on Friday evening when the incident occurred.

A group of boys on bicycles approached Xiong and one of them said “Coronavirus” to her directly before winking at his friends.

Another group approached Xiong and shouted racist slurs at her including “Chinese noodles” and “fried noodles.”

Xiong then confronted the boys and told them “not to racially discriminate”. The group, which appear to be predominantly male, push Xiong towards the canal and start to laugh.

Although unhurt, Xiong was left to pull herself out of the canal and is now afraid to leave her own home.

Video footage of the incident was shared on TikTok but the original accounts have since removed the posts.

Gardai is intending on cautioning the boys under the juvenile liaison program and are unlikely to charge them with assault due to their age.

My heart goes out to the assaulted woman Shirley Xuedan Xiong. Make no mistake this was an assault.

I’ll be contacting Garda Commissioner this week on the Community Garda Program. This is far from the first assault case on the canal stretches. Let’s work to making it the last. https://t.co/XWehNaN40S