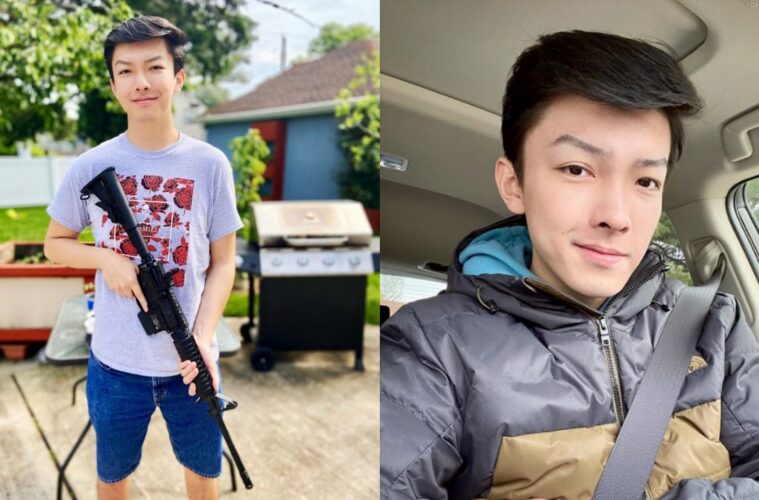 The Feds are investigating Fordham University for banning a Chinese American student for uploading a picture of himself holding a gun.

Chinese American student Austin Tong posted a photo of himself holding a rifle towards the ground with the caption ‘Don’t tread on me #198964’. The hashtag commemorated the Tiananmen Square protests of 4 June 1989. Tong also added American flag and Chinese flag emojis.

Another Instagram post showed an image of St. Louis police officer David Dorn who was killed whilst defending his friend’s store from looters. “Y’all a bunch of hypocrites,” Tong wrote in the caption.

Fordham claimed that his social media posts violated university policy and thus placed him on probation.

The university stated that Tong must complete the remainder of his courses online and that he sanctions are “non-appealable and final.”

The Department of Education has since opened an investigation into the university in support of free expression and speech.

“In its Demonstration Policy, Fordham promises prospective students, their parents, and other potential consumers in the market for education certificates ‘[e]ach member of the University has a right to freely express their positions and to work for their acceptance whether they assent to or dissent from existing situations in the University or society.’ Fordham further promises not to infringe on students’ right ‘to express [their] positions’ and engage in ‘other legitimate activities,'” the Department of Education stated in its notice to Fordham.

“However, Fordham fails to warn prospective students, their parents, and other potential consumers in the market for education certificates of their liability to potential discipline for the lawful off-campus expression of thoughts and constitutionally protected conduct that happens to be disfavored by Fordham’s education bureaucrats,” the department added.

Additionally, the Foundation for Individual Rights in Education is also defending Tong.

“Fordham University finally admitted a truth that FIRE and Fordham students have known for a while: Fordham just doesn’t care about student speech rights,” FIRE said in a statement.

“Sure, Fordham makes big promises about freedom of expression. The university ‘guarantees the freedom of inquiry’ to students, and claims they have ‘a right to freely express their positions and to work for their acceptance whether they assent to or dissent from existing situations in the University or society.”

In other news, Yale University’s affirmative action controversy has divided opinion among the Asian American community.