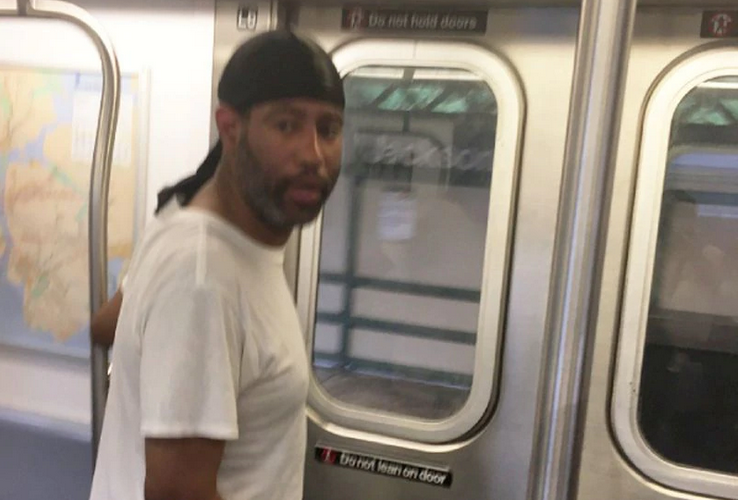 A man has been arrested for spitting at an Asian woman and spewing racist hate at her in the Bronx.

Billy Rosario, 39, attacked the woman on 31 July at 8am on an uptown No. 5 train towards Westchester Ave./Jackson Ave. station in Melrose.

The Bronx local blamed the Asian woman for spreading Coronavirus.

“Asians caused the virus!” he said at the woman. “Go back to China! Go back to Manhattan!”

Rosario then spat at the woman before leaving the train at Jackson Ave.

The woman was not physically harmed and turned down medical assistance.

Rosario was located on Thursday after a surveillance photo was released to the public.

He faces aggravated harassment charges and is expected to appear in court at a later date.

In related news, an upcoming singer was caught spewing racist hate towards an Asian nail salon worker in Florida.