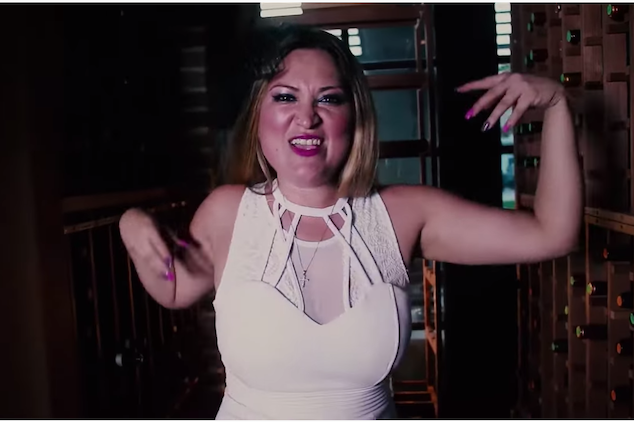 "Bitch, I'm smarter than all of y'all. I'm an independent recording artist and I'm gonna blow the f**k up"

An upcoming singer was caught spewing racist hate towards an Asian nail salon worker in Florida.

Corina Monica is a self proclaimed “recording artist” who believes she will “blow the f**k up”.

Captured on a hidden recording, Monica is heard shouting at a nail technician who stopped serving the singer.

“You took my nails off, what am I supposed to do now?” An infuriated Monica asks.

“You can have another professional help you,” someone suggests.

“You come to this country, work here, don’t do what’s right for our citizens?” Monica says. “You make money, you live in my country, you gonna tell me you can’t do my nails b***h? The f**k you think you are b***h? The f**k is wrong with you?”

“B*tch I’m smarter than any of you all. As a matter of fact. I’m an independent artist. A recording artist and I’m going to blow the f*ck up.

“Hope you f*cking lose this place and you go the f*ck back to your country.”

After the footage surfaced online, Monica released an apology video via her social media.

‘Today I made a terrible mistake, I was inhumane and a terrible person,” she said on Instagram stories.

However, commenters were not sold on her apology. “You’d think that her racism is the nastiest thing about her, I thought that too, until I heard her music,” one person said.

In other news, South Korean TV host Sam Okyere has been called out for hypocrisy after critcizing school students for using blackface.

Singer in Florida who goes by Corina Monica tells an American-born nail tech to “go back to your f*cking country” pic.twitter.com/e5JQp7VWJw

It’s never okay to act as I acted it’s never okay to spread filth that came out of my mouth I am ashamed and I apologize to y’all , the salon, Kelly, the Asian community I love ❤️ everything about your culture And I was Wrong! Every one of you are beautiful, the way god made you, Asian, black , Hispanic, white your my brothers and sisters and I will never disrespect you Again!!! On my life I’m sorry.