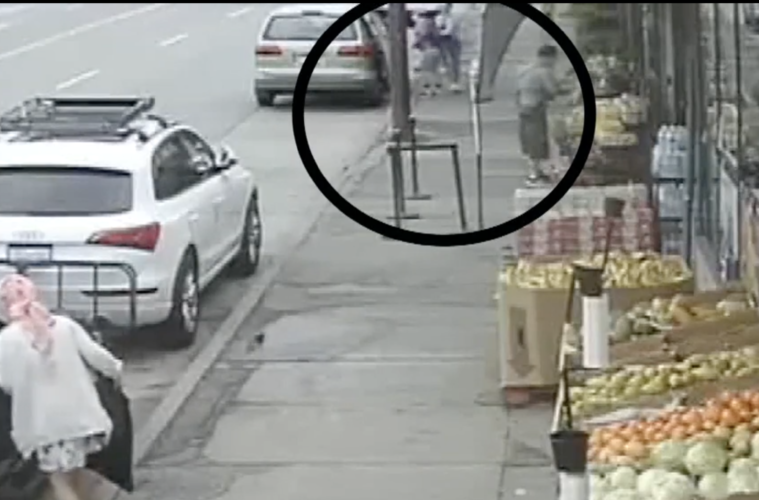 "It was intentional, because as you can see from the video the sidewalk was quite wide"

61-year-old Filipina woman was filmed being shoved against her car in an alleged racist attack in Vancouver.

Armor Valor Corrales’s great aunt MaryLou was putting groceries into her car on Victoria Drive on Saturday when the incident occurred.

A caucasian woman is seen via CCTV walking behind MaryLou and shoving her into a her vehicle before walking away and looking back.

The attack appears to be unprovoked and MaryLou’s family believe the attack to be race-related.

“From our understanding it was intentional, because as you can see from the video the sidewalk was quite wide,” said Corrales. “She’s shaken up.”

The elderly woman now fears going shopping at the 88 Supermarket, where the attack happened.

“She went to go shop there last week, but she didn’t go alone. She went with a group of people to make sure something like this doesn’t happen again.”

The family reported the incident to the Vancouver police but are not pushing charges.

Corrales expressed concerns that the attack could be linked to Coronavirus racism.

“I want them to know that we are all in this together, we’re all contributing towards getting rid of this virus, and acts like this against groups of people of different ethnicities, it’s not stopping the virus.”

In other news, Republic of Ireland police force Gardai are investigating an incident in which a Chinese woman was pushed into a canal in Dublin.