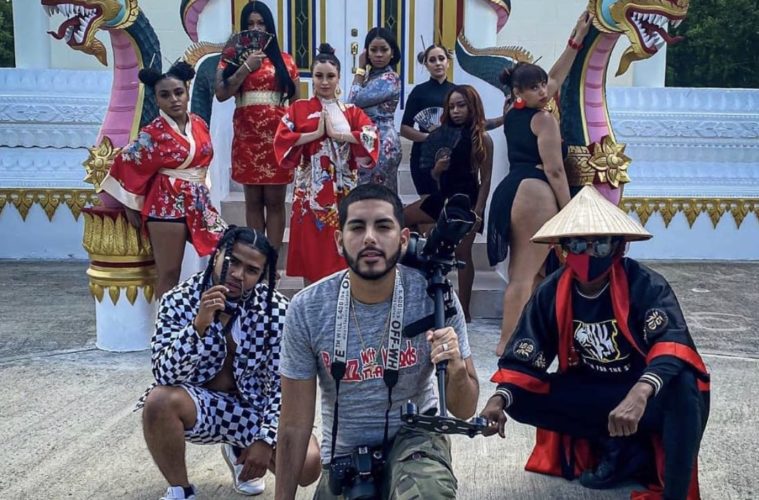 “She said, ‘Konnichiwa‘ / She want me speakin’ Chinese"

Rapper Elijah Castillo AKA Conscience has been called out for appropriating Asian culture in a music video for his track Rush Hour.

In the video, a non-Asian cast is seen dancing in front of a Laotian Buddhist temple dressed in traditional Asian clothes.

Los Angeles model Julia Kong called out the rapper on Twitter with screenshots from the video, adding, “For the billionth time: ASIAN CULTURE IS NOT YOUR AESTHETIC.”

Castillo then responded to the criticism via Instagram stating he will remove the video.

“My single ‘Rush Hour’ was approved by the leader and owner of the Buddhist temple but being that certain individuals are feeling offended I’m taking their consideration therefore it has been taken down,” he wrote in an Instagram story. “Song is still available on all platforms.”

A Twitter user who claimed to have a direct relationship with the temple tweeted that the rapper did was not given proper approval to release the video.

“My dad is the president of this temple,” Twitter user alisaaalilyx, wrote. “I just asked him about the video and he said he gave the OK for a video shoot but told them he needed final footage for approval. My dad never saw the video before it was posted, so it was never approved.”

Critics also still weren’t completely satisfied by the rapper’s apology due to the lyrics of the song, which include: “She said, ‘Konnichiwa‘ / She want me speakin’ Chinese.” Konnichiwa means “hello” in Japanese.”

“That’s not an apology,’ Kong tweeted. “It doesn’t reverse anything. the song is still called ‘rush hour’ using an east asian instrumental in the bg.”

“Cultural appropriation happens / has happened to all minorities & none of it is okay,” Kong added. “It’s not okay when asian people appropriate black/chicano culture or vice versa. when i call out one instance of appropriation, it doesn’t invalidate another. we’re just tryna educate, that’s all.”

Castillo later stated that he had received death threats amid the backlash and called out Kong for fuelling the fire.

“Now, honestly, this is really getting out of hand,” Castillo said in an Instagram video.

“I apologize, I understood, I put myself in the other shoe, and it’s really getting out of hand. I asked you politely to [take the original tweet down],” he said in the video directed towards Kong.

“Me deleting the [song] and accepting what I did was [wrong] — now it’s going overboard, you know. You see the racist comments against me. You know that there has been death threats upon me. And leaving [the tweet] up isn’t definitely going to help.”

In related news, the owner of soccer team Baltimore Blast is defending an anti-China team T-shirt.

for the billionth time: ASIAN CULTURE IS NOT YOUR AESTHETIC pic.twitter.com/ufrGCjiyeu

he just posted that it was taken down! pic.twitter.com/fwFETm6OqX

@Tha_Conscience please also hold your crew & anyone in the video accountable, appreciate it