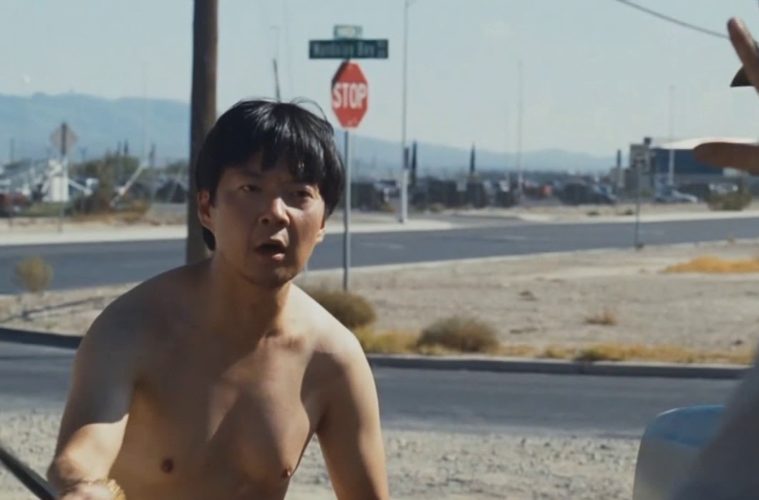 "People that were in Mandalay Bay and other hotels around it kept seeing this naked guy jump out, and called the cops"

Police were called to investigate Ken Jeong‘s infamous naked scene in The Hangover according to Film News.

In the scene, Jeong’s character Leslie Chow is discovered by lead characters Phil (Bradley Cooper), Stu (Ed Helms) and Alan (Zach Galifianakis) in the trunk of their car.

Jeong springs out of the trunk completely naked before attacking his ‘kidnappers’.

Speaking on The John Roa Show, producer Scott Budnick revealed that multiple takes of the scene resulted in bystanders calling the cops.

“We were on this empty lot outside Mandalay Bay (hotel in Las Vegas), it is probably 110 degrees… it was so miserably hot and Ken has to jump out of this trunk naked 20 to 30 times,” Budnick explained.

“It was wild, but I also remember that because it wasn’t supposed to be naked, we ultimately got the cops called on us,” Budnick said.

“Because people that were in Mandalay Bay and other hotels around it kept seeing this naked guy jump out, and called the cops. We had to scramble to make sure that they didn’t see it. It was a wild day. It was a miserable day, and one of the funniest days ever, working on a film.”

In the original script, Jeong’s character was meant to jump out of the car wearing pants but the Korean American actor suggested it would be funnier if he was completely naked.

“He said to me, ‘Do you think it would be funny if I did it naked?’ and my eyes got big and I said, ‘Let me talk to Todd (Phillips, director),” he said.