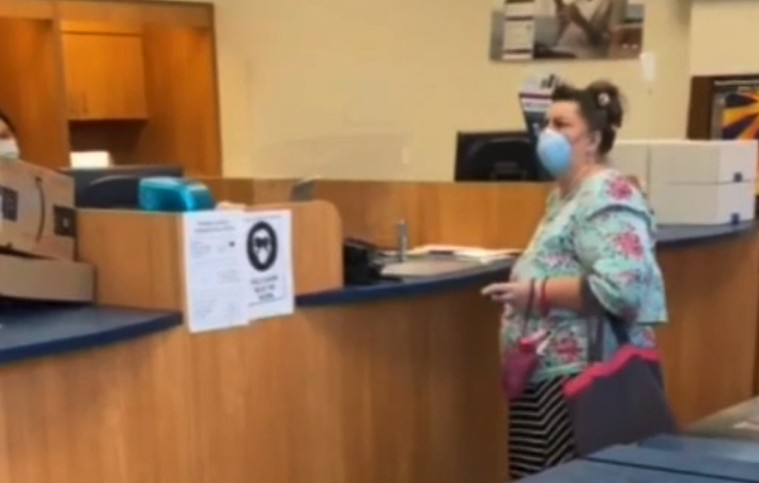 A woman was caught on camera calling a United States Postal Service employee a “chink”.

The incident occurred at 4:15 pm on Thursday 23 July at the post office on Main Street in Los Altos.

Fellow customer Tyler Brumfield filmed the unidentified woman is heard saying, “can you just do your job?! It’s simple!” before shouting “chink!” at the Asian employee.

“That’s not acceptable! No it’s not! Totally NOT okay!” Brumfield said, as another calls the police.

The woman then says that she has “been in this country 38 year” before saying “chink” again and storming out.

A USPS spokesperson said the company does not tolerate such behaviour and “abusive language”.

Brumfield said it was important for him capture the incident to demonstrate how prevalent racism is.

“The reason I did it was to spread awareness and to let people know that this is happening all around us,” he said.

“We live in Silicon Valley and this is happening in Los Altos California.”

“We are all humans and we should respect each other as such, because someone is different or has different melanin doesn’t mean we have to disregard the humanity of that particular person.” he continued.

The incident is currently under investigation.

In related news, an anti-hate crime march was held by Asian Americans in Manhattan on Saturday.