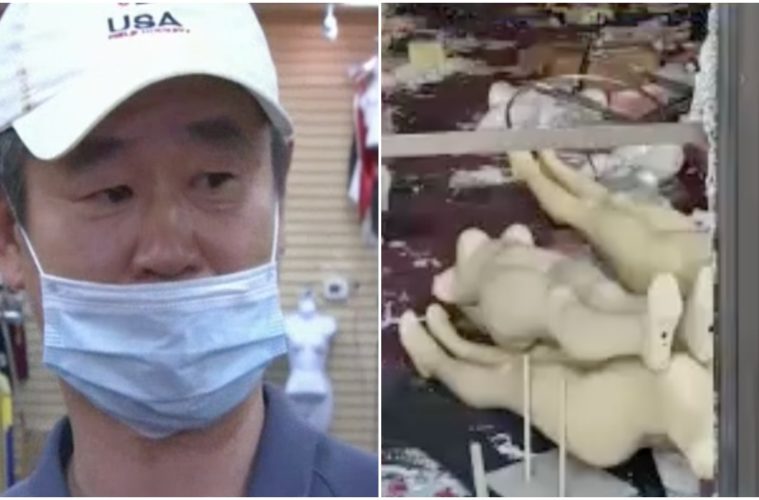 "I’m so unlucky. I don’t have insurance. I have only liability"

NBC reports that a Korean American business owner in Chicago won’t reopen after losing $350,000 from looting.

Cities across US are being rocked by protests following the murder of African American man George Floyd by police officer Derek Chauvin. Some of the protests have resulted in looting.

Hak Tong Kim opened his store City Fashion nine years ago. The first generation Korean American was present as his store was ransacked on Sunday.

“I was so upset. I’m so sad,” said Kim, who begged looters to leave his store alone.

“I explain to them, ‘please, don’t break the window. This is [a] small business. I’m the owner here,” he said.

Kim managed to keep the looters at bay until 8pm. However, as he became outnumbered, his family feared for his safety and asked him to leave.

The business owner watched from the car park as dozens of people broke into the store and looted hundreds and thousands of dollars of items.

On social media, Kim’s daughter wrote, “My dad helplessly watched City Fashions being overrun and looted, and my uncle was assaulted by a huge crowd ransacking. Although they were able to arrive home safely, they are completely devastated.”

“My first generation Korean parents worked blood, sweat and tears to establish a proud business of their own. They’ve never closed during the holidays and always believed that business would prosper, even through many trying times. My dad, who’s always been an optimist, told me today that he gives up. Seeing my parents defeated and in despair breaks my heart.”

Mr Kim said he most likely will not be able to reopen but the community is raising funds to support him.

In related news, Dallas Police Department were spammed with Kpop clips after asking people to share “videos of illegal activity” from the Black Lives Matter protests.