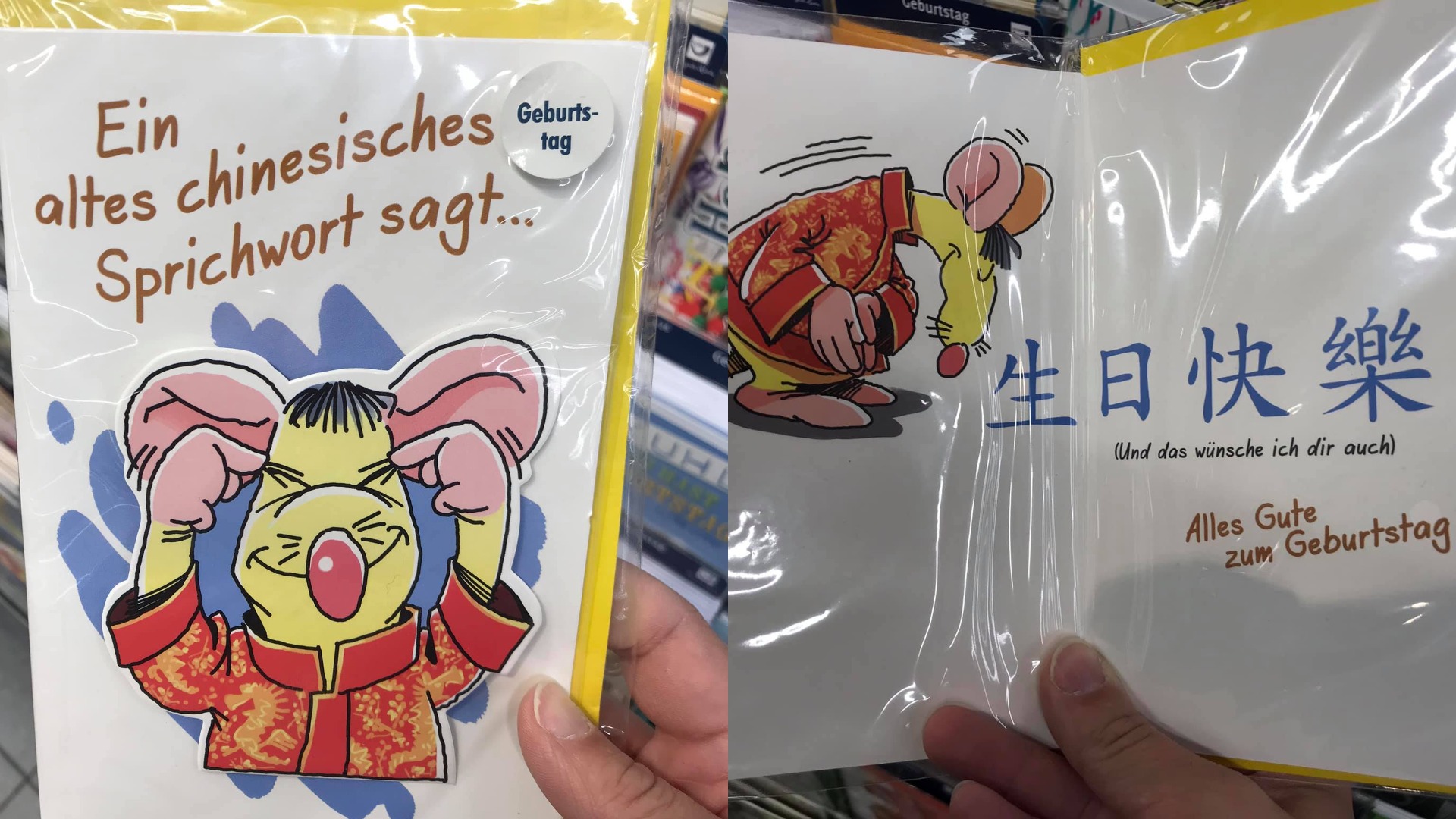 The card features a yellow mouse with slit eyes

A German birthday card is being called out for racism towards Chinese people.

A yellow mouse with slit eyes dressed in traditional clothing is seen on the front with the text “an old Chinese proverb” written in German.

In the inside of the card, the same mouse is seen bowing next to Chinese characters that translate to “happy birthday”.

Writing in German, Cao said she found the card at an Edeka supermarket in Kaiserslautern. When she confronted the store manager about it, she was told to contact card company Horn, which supplied the item.

Cao questioned why the supermarket took no responsibility, asking why it just couldn’t be removed.

“Racism is real, racism is present,” Cao wrote at the end of her post in German.
“And if it’s “just” a greeting card. How to deal with it, however, shows where you stand.”

Edeka replied to Cao’s post asking for more information in order for them to contact her directly.