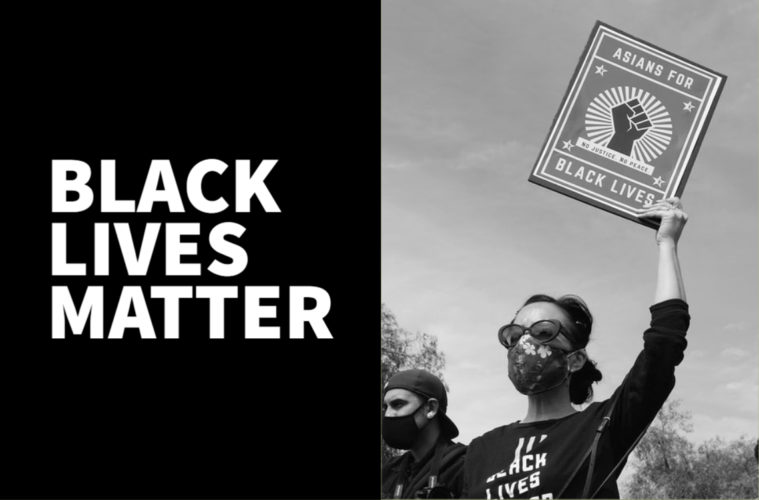 Now, this is primarily a platform for the East-Asians diaspora to freely express the unique lived experiences of being East-Asian and living in the West. But there are times in which such platforms can be used to push for change at the points in human history where it is required.

In April I wrote an article about the experience of racism in the UK towards East-Asians in this new age of COVID-19. I wanted to encapsulate how the fear and anger brought upon us by this pest of a virus has both exacerbated racial animus towards East-Asians living in the West, and re-activated the powers of those already racist people, in providing them unjust validation to further demagogue those who they perceive as intruding upon their livelihoods. The experience of being a citizen but being treated as an interloper.

The context of that article was about racism towards me, or towards my people group. But obviously, racism is not an exclusive or purely intangible concept. Racism is a living, breathing poison which manifests in society and its systems. Racism, I’m sure we can all agree, has scope to depreciate the value of human existence itself.

I mean, who doesn’t want to be treated as an equal?

In that article, I would write that “We combat racism by challenging it in all forms, wherever it arises” and from this, we can help shed the destructive imagery of “Us vs Them”. But especially in the UK, what does this actually mean for us as an East Asian community? What is the logical end with respect to highlighting racism towards East-Asians?

Do I just want racism towards me and my community to stop? Or do I actually want to stop racism wholesale?

So, this article is written for one purpose, and to put it bluntly, it is written for a select audience within our community who do not understand or accept the significance of saying “Black Lives Matters” without caveats.

On the 25th May 2020, George Floyd, a 46-year-old African American man, born in Fayetteville, North Carolina, had a knee on the back of his neck for up to 9 minutes by a police officer who had sworn to protect and serve his community. Two other officers of the law would also restrain Mr. Floyd, who already had his hands cuffed behind his back and was lying face down on the ground. All whilst another officer watched idly by as his colleagues exerted unnecessary and undue force which resulted in the death of George Floyd.

And not to diminish the lived experience of those within our community who have beaten up by racists, spat on by racists or abused by racists both in the age of COVID-19 and before; but in that article, I also wrote that two or more truths can be self-evident at the same time. A concept some keep forgetting in the passage of civil discourse.

Yes, we experience a level of oppression and racism in the UK due to our race, but it must also be recognised that another community faces levels of systematic oppression in ways in which we do not.

And in this case; let’s face facts not feelings, in the conversation of police brutality and racism, I do not think there is an observable pattern of East-Asians in the West being unjustly killed at the hands of the police.

The killing of George Floyd is one of many extrajudicial killings of a black person at the hands of those in positions of authority. Just 6 months into 2020, we remember the name Breonna Taylor and Ahmaud Arbery, the latter whilst not directly killed by police, had a whole criminal investigation hidden by the authorities until a video of his killing was leaked.  The former, an ambulance driver killed in her own home because of what? Police incompetence?

We must also remember the names Philando Castile, Sandra Bland and Eric Garner just to name a few more amongst many others.

In the UK, we remember the killing of Mark Duggan, whose death also sparked protests and riots across the UK; and regardless of where you stand on the issue of riots, on the point of being shot and killed in the street, ask yourself if anyone deserved that in a country that is meant to uphold the rule of law.

As mentioned, this is written for those who believe that if we uphold the principle of “Black Lives Matter”, we are either denigrating our own oppression, or we are diverting attention away from our own experiences.

On both points, let me say that we cannot have allies in a fight against racism if we are not willing to be allies ourselves. As a collective, I believe we can only address racism wholesale by standing in solidarity with those who experience in forms that we don’t.

This is not an issue of having to share one spotlight. This is an issue of intensifying the spotlight itself. And yes, at times like this, we can help place that spotlight on where it is most needed.

If we decry racism then this includes addressing racism within our own communities here and abroad. I had mentioned the reports of the African communities experiencing racial abuse in China. Also, the well-documented reports of islamophobia and the internment of the Uighur Muslims in Xinjiang province.

I am not saying you must take personal ownership of every single racist thing that can be levied against East -Asians. I am not even saying every single police officer is a bad person. But I am saying, ask why all of this is happening around us and where can we share responsibility if we truly decry racism in all forms.

If I were to generalise and be candid with my own experience, there are deep-set biases embedded within our own households towards other groups as well as the black community.

Again, let us be honest with ourselves. Who hasn’t had an older relative who didn’t espouse some racist crap about being careful of “black people”?

And if this is a generational issue, then fine, but what do we do as a community here and now in which we can progress from these biases.

The officer standing idly by as his colleagues held down and killed George Floyd was of Asian background. And he has reportedly been subject to numerous excessive force claims against those from the African American community. 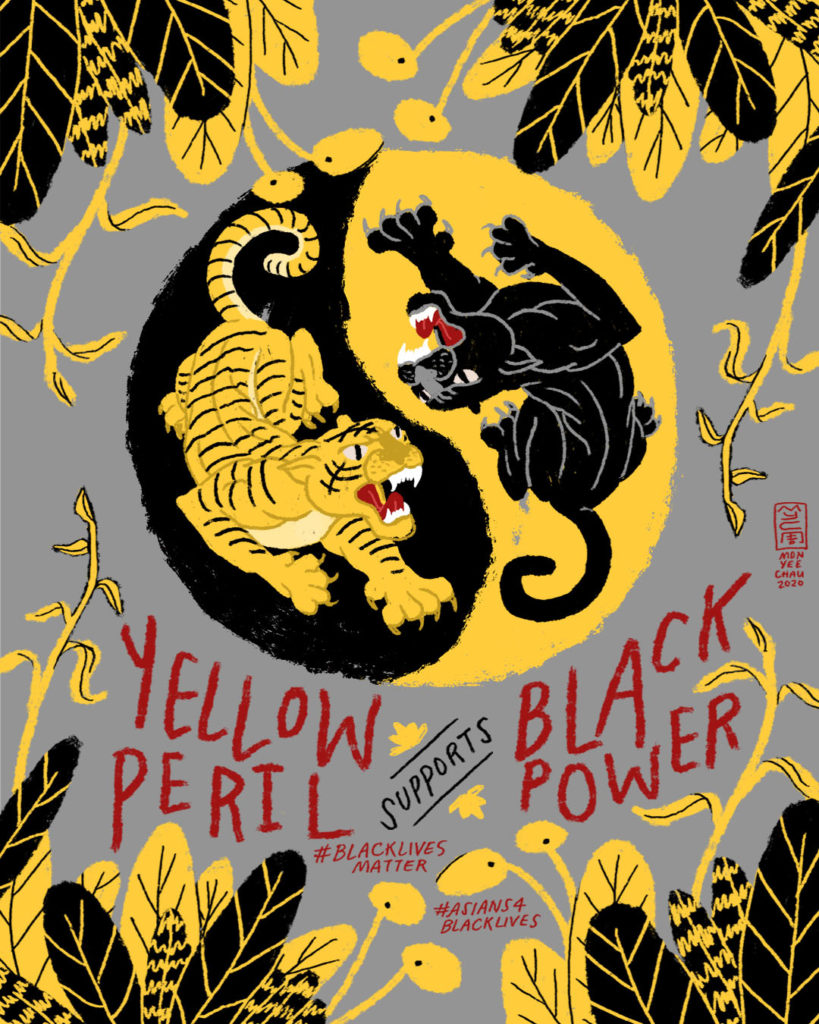 So, ask why? What does that say for us and our fight against racism? Of course, we can detach ourselves from this specific officer as the “bad apple” and state, as is common sense, that one person does not represent the views of the many but let’s also not be hypocritical here.

To those who argue that recent videos circulating in this age of COVID which show attacks on East Asians by African Americans, and thus contend, that there is already ample justification for the strained relationships between our communities which date back to the LA riots for example. Please, apply the same logic and write off the bad apples instead of empowering your own biases.

The optics of this are clear to me. I understand that as an East Asian, there is a certain perception that we are the model minority, a label some of us enjoy as it paints us as the “good ones”, the good minorities who do not rock the boat.  The ones who are happy to get by with a bit of discrimination, or a sprinkle of racism as this is the price we pay for being the model of all minorities in an arena where our numbers are few.

To the ones who are willing to buy into this narrative, and invest in the system of privilege which comes with being labelled as the bar in which all other minorities should be measured against; simply because we think it will benefit us when we operate under the radar. I ask you, how will this really benefit us in the long run?

I abhor the label of the model minority. It’s a ridiculous label which intrinsically pits one minority group against the other, wherein the only victors are the powers above. As I said, to shed the imagery of “us vs them”, I want us to be on the side of the oppressed, standing in solidarity with empathy and compassion, regardless of our perceived differences and to make their battle an extension of our own.

We stand against racism in all forms. I am unapologetically a British-Born Chinese person who believes Black Lives Matters without caveats, and that racism against my people group is not more important than another.

Racism will only stop when we are willing to confront it on all fronts. With each other. And where there is some introspective humility within ourselves which activates a desire to share in grief. This is our common humanity.

Links to sources in which you can show your support for this cause are: