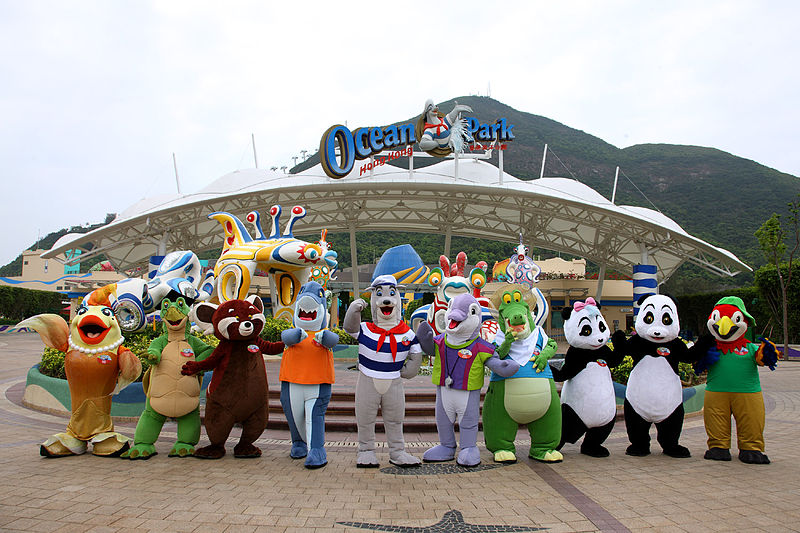 "Is this actually a move pouring money down the drain?"

SCMP reports that Hong Kong lawmakers are struggling to agree on a HK$5.4 billion for the city’s iconic theme park Ocean Park.

The 43-year-old park has been shut since 26 January due to the Coronavirus pandemic.

On Friday the legislatures weren’t convinced about the financial package to save the theme park.

Secretary for Commerce and Economic Development Edward Yau Tang-wah expressed support to the bailout, suggesting that all options should be considered.

Yau suggested partnerships with neighbouring areas to generate income could help, or allowing the park to develop property to attract investments.

“Ocean Park needs to reposition itself. We’re still adamant that Ocean Park can survive on its own but it needs to overcome the present financial crisis first,” he told a Legislative Council Finance Committee meeting.

“The park will focus on its strength – conservation and education – while taking measures to cut cost and generate income,” he said.

Yau warned that the park would run out of money if it does not secure a bailout. Consequently, 2,000 full-time workers, 2,000 part-timer and 7,500 animals, would be at jeopardy.

In January, the government proposed a HK$10.64 billion but now supporters are asking for almost half of it at HK$5.4 billion due to Coronavirus affecting the entire tourism industry.

HK$5.4 billion would be enough for the park to stay open for another 12 months. The not-for-profit park is still in debt of HK$3 billion in commercial loans.

Other politicians were less enthused about bailing the park out.

Elizabeth Quat, of pro-Beijing Democratic Alliance for the Betterment and Progress of Hong Kong said, “it’s a dilemma. Is this actually a move pouring money down the drain? The fact is, I can’t see any concrete plan about how to save Ocean Park.”

“I don’t see where the money come from,” she added. “The government should take back this request and give us a detailed plan for us to consider.”

Kwok Ka-ki of the Civic Party pointed highlighted how Ocean Park concentrated too much on tourists from China, thus neglecting its local crowd.

“Ocean Park has given up on Hongkongers,” Kwok said. “It just wants to attract mainland tourists. But now they prefer to go to Chimelong Ocean Kingdom in Zhuhai or Shanghai’s Disneyland.”

“How [can the park] convince Hongkongers that it belongs to them?” he asked.

Social welfare sector representative Bottle Shu Ka-chun questioned why the government failed to bail other organisations but is expressing interest in Ocean Park.

“In the past there were a lot of things, such as the Queen’s Pier or Asia Television (ATV), in our collective memory, but did the government attempt to save them? No. Why [does it need] to save Ocean Park this time?” He said.

Real estate and construction representative Abrahem Shek asked, “Why [do] we throw good money after bad? The government has failed to explain how to improve the park’s operation. Could you reform the park into a corporation and let it develop its land and property to make money?”