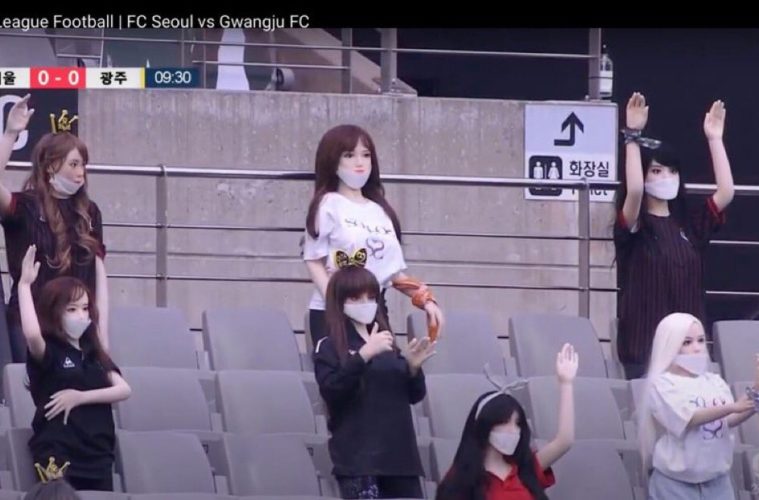 BBC reports that South Korean football team FC Seoul has apologised for using sex dolls to fill their stadium, which was empty due to Coronavirus.

The K-League club claimed the figures were “premium mannequins” but later admitted that they were supplied by sex toy producer Dalcom.

Dalcom provided 30 mannequins  (28 female, 2 male) to the club, which spaced them out to fill the stands.

Due to the Coronavirus outbreak, the 2020 K League was delayed from February until 8 May.

According to Dalcom, the adult adverts were from a sex toy company that wanted to take photos of the dolls before the game.

“They were supposed to take all the logos down before the game started,” Dalcom director Cho Young-june told the BBC. “But there were several hairbands and logos left to be caught by public eye.”

FC Seoul later apologised via Instagram and Facebook. Lee Ji-hoon, an official from the football club, said the club failed to do a background check on Dalcom and was unaware of its link to the sex industry.

Lee added that the dolls looked “very human” and it did not occur to him that they may be sex dolls.

In related news, a suspected who was wanted for a racist Coronavirus attack in Vancouver has died from a drug overdose.