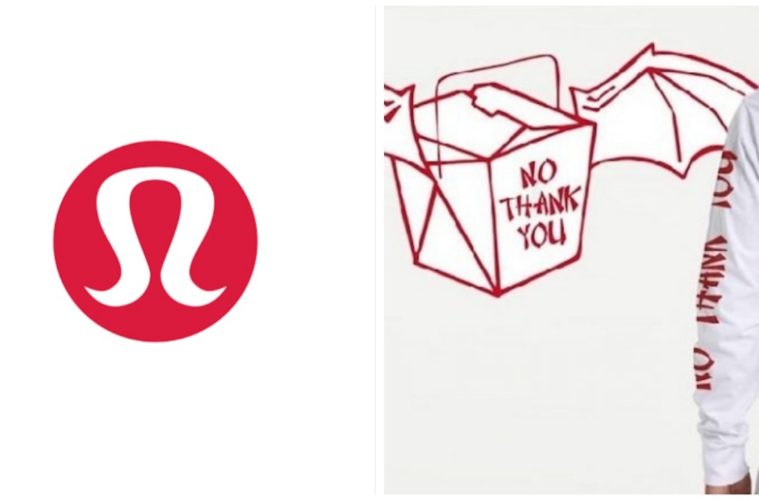 SCMP reports that Canadian sportswear brand Lululemon has issued an apology after an employee promoted a racist Coronavirus-related T-shirt.

Named ‘Bat Fried Rice’, the white T-shirt featured an image of red chopsticks with bat wings in and a winged Chinese takeaway box that sported “No Thank You” on it.

One widely believed theory is that Covid-19 was triggered by eating bats in China.

Although the shirt was designed by Jess Sluder, who has no connection with Lululemon, the print was promoted on Instagram by the company’s art director Trevor Fleming.

Sluder was selling the shirt for $60 online.

Weibo users have called for a boycott of the brand for “insulting China” with the design.

The Canadian company has since issued an apology, stating that Fleming is no longer worker at Lululemon.

“The T-shirt is not a Lululemon product. We apologise that an employee was affiliated with promoting an offensive T-shirt and we take this very seriously,” the company said.

“The image and the post were inappropriate and inexcusable. We acted immediately, and the person involved is no longer an employee of Lululemon.”

Fleming also apologised saying, “I deeply apologise for putting the URL in my bio. I did not design the T-shirt, nor did I participate in any part of its creation.”

An apology was issued by Sluder but stated that he design was intended “to create light during these dark times”.

In related news Coronavirus lockdown protestors in Denver were seen shouting “go to China” as they clashed with health workers.