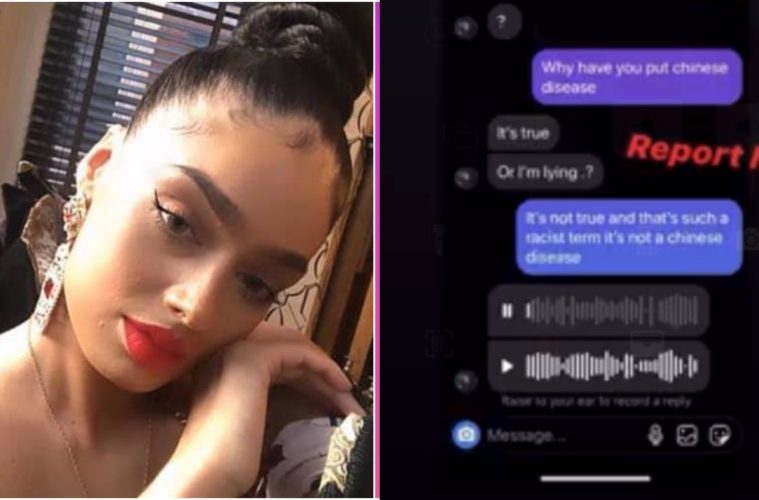 "If you're that dumb to text me... fuck off and get a couple brain cells yeah?"

In her first post, Foreman wrote “Chinese disease”. She then followed it up with “Fk the chinks STRAIGHT UP over populated all look alike & ruined, infecting the best of us.”

The Modelling Times, which Foreman had linked to in her Instagram bio, released a statement stating that the model had claimed her social media was hacked. 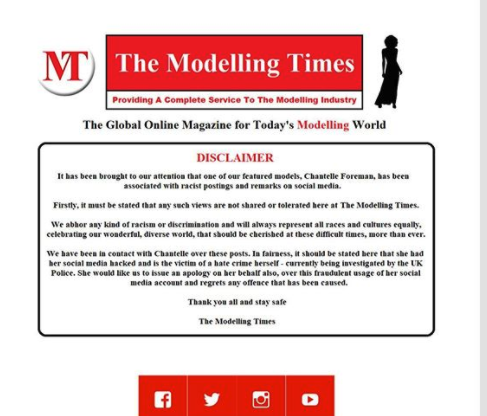 However, voice messages shared from Foreman’s “hacked account” to a user who messaged her directly suggest she was using the account at the time.

When one Instagram user messaged her asking “why have you put Chinese disease?”

Foreman then sent voice clips in which she said, “[The virus] was created by the Chinese, by cross-contamination,” she is heard saying. “If you’re that dumb to text me at 5:30 in the morning and make out that’s all the problem’s about, fuck off. Go and get a couple of brain cells yeah?”

“Listen to me babe, it’s not directly at you. Maybe you are Chinese so obviously that’s your race I don’t know cos otherwise you wouldn’t be acting up,” she continued. “But you must know it’s created by your race. What you do to fucking sharks yeah, don’t get me started on that. What you do to animals, you skin animals alive. That is other shit.”

“It’s called cross-contamination, it’s created by the Chinese. If you can tell me any different then I’m dying to know. Surely if you can tell me that, then you might be able to give me the cure. But you can’t, so back off.”