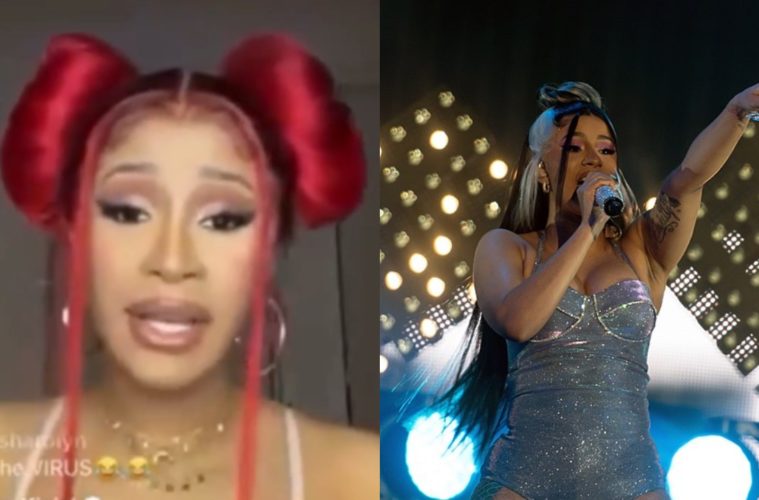 ‘Been seeing a lot of Asians getting beat up’: Cardi B slams Coronavirus racism

"For once, let's all just be one race"

Cardi B has spoken up against Coronavirus racism towards Asians.

She then discussed how Asians are being assaulted by people who make up excuses.

“I’ve been seeing a lot of Asians get beat up and all that shit,” she said. “A lot of people just want to look for an excuse, saying ‘Asians are racist to others’, but you know what? At this moment in life right now, for once, let’s all just be one race.”

“At the end of the day, in the eye’s of God, we are all one. And the more we are nicer to each other, the more God will forgive us and the faster we get cured off this shit,” she added.

Despite many Asian Americans suffering racism related to the Coronavirus, Trump continued to defend his use of the term ‘Chinese virus’. According to the President, he is emphasising the term because China are claiming the American military brought the disease to Wuhan in October 2019.

For Cardi B, the truth may not be as clear as the President is claiming.

“We really don’t know who’s lying because the Chinese are saying that a country put that disease over there,” she continued in the video. “You never really know if it’s true because at the end of the day a lot of people owe money to China.”

“Sometimes people make little white jokes that are xenophobic that are harmless – everyone is guilty of it, she added. “But when certain people do it, when people represent a country, I feel like that is not right to do.”

Whatever the situation may be, Cardi concludes that America should not want a war with China.

“At the end of the day, let’s ask ourselves this: ‘do we really want beef with China?'” She propositioned. “A lot of our shit, a lot of our clothes, shoes, everything comes from them.”

In the most recent case of Coronavirus racism, a British model was axed from a beauty pageant for a series of racist Instagram stories.