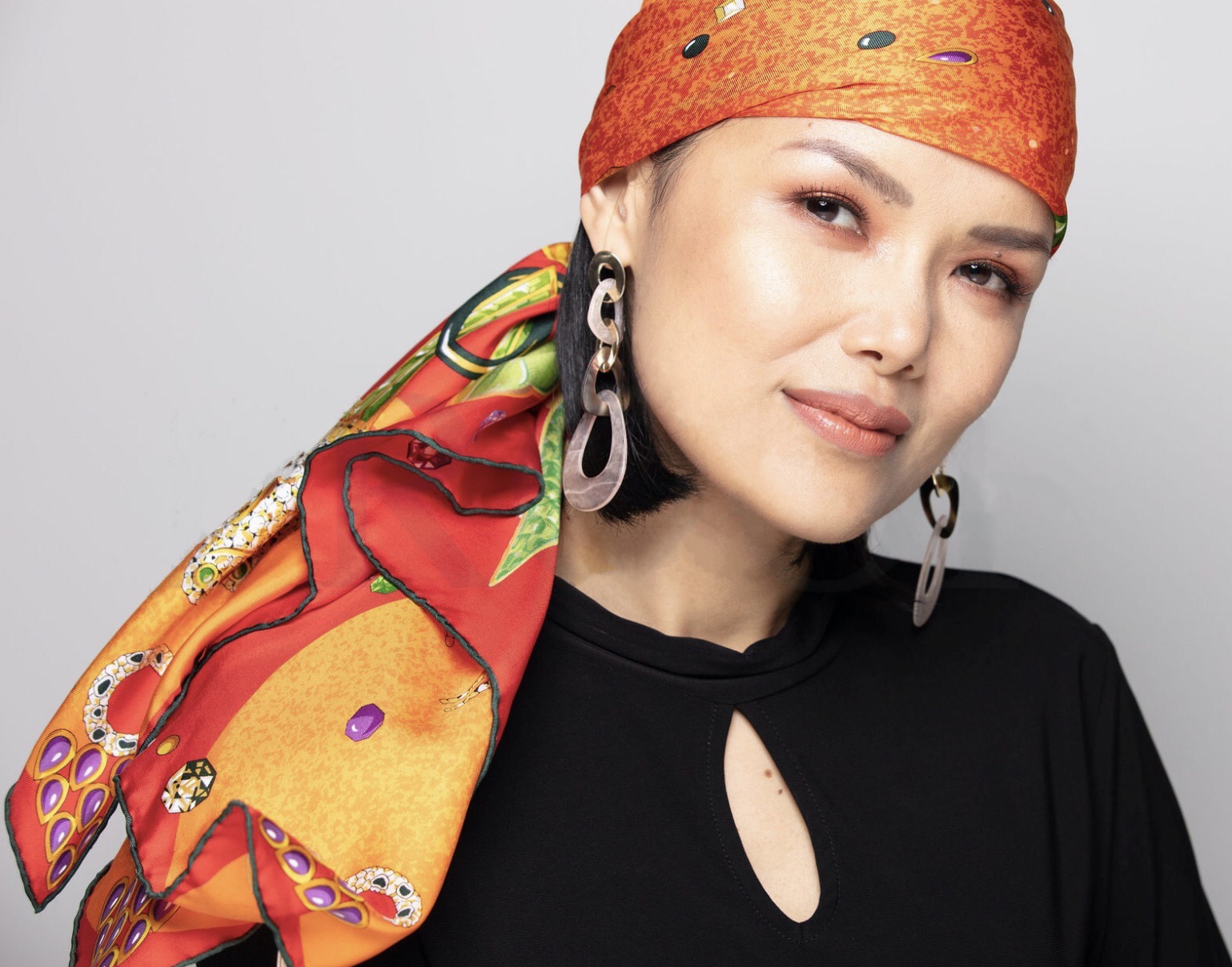 FEATURE: My life as a female Filipina immigrant cancer survivor going for the American Dream

"If cancer knows no prejudice, why can't we have the same mentality when it comes to spreading kindness and empathy?"

Call me Jaymee. I’m originally from the Philippines and have only been living in San Diego, California for 5 years. While managing a metastatic breast cancer diagnosis along with the pursuit of having a global inspirational voice here in America, my journey has been extremely challenging.

What made me move to America on my own? 2 words: Freedom and Privilege… something that I will never have in the Philippines if I chose to be a simple, working class citizen.

Because I wanted to be rich, famous and influential, I pushed to be in front of the camera as a model, actress and host. All of which are overly patronized by the celebrity-obsessed Filipinos. I worked way too hard for 8 years of auditioning and even taking on cheesy roles, underpaid infomercials and unrecognized hosting gigs because I was that determined to prove something. 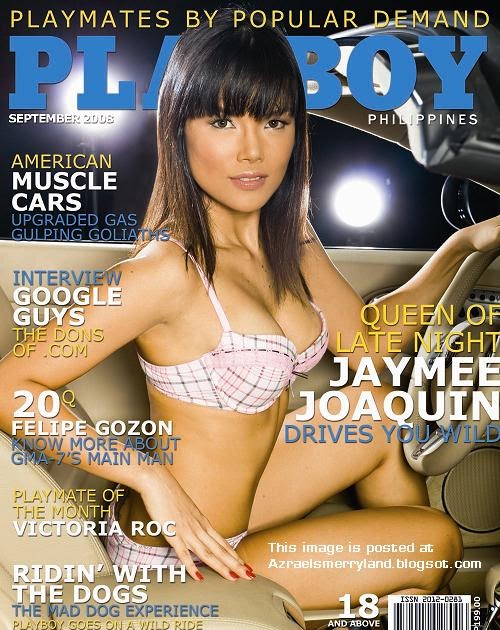 The persistency eventually led me to host my own daily midnight TV game show called “Games Up Late Live” under the screen name “Jaymee Joaquin”. It was the first interactive TV game show in the Philippines in 2007 that enabled the audience to participate in word games by downloading GSM mobile phone products such as ring tones, wall papers and logos.

But what took me almost decade to achieve, it only took weeks for a Western fair-skinned, brown eyed, English speaking pretty girl visiting the Philippines to get.

Colonial mentality is an epidemic back home and it deprived local artists like me of the exposure we oughta get. I may have the talent, dedication and professionalism but because I look too Asian and didn’t have an American English accent back then, I had slim chances of landing lead roles for beauty endorsements, TV and movie jobs. I resented always being made to feel not good enough because of my Filipina origin and look by my own countrymen.

So, the moment I saved enough money and was feeling suffocated from the pressure to be perfect as a media personality, I quit my job, packed my bags and travelled alone to learn about the Western culture and to soul search. I lived in Australia for a year, Spain for 4 years and now, here in America for 5 years. 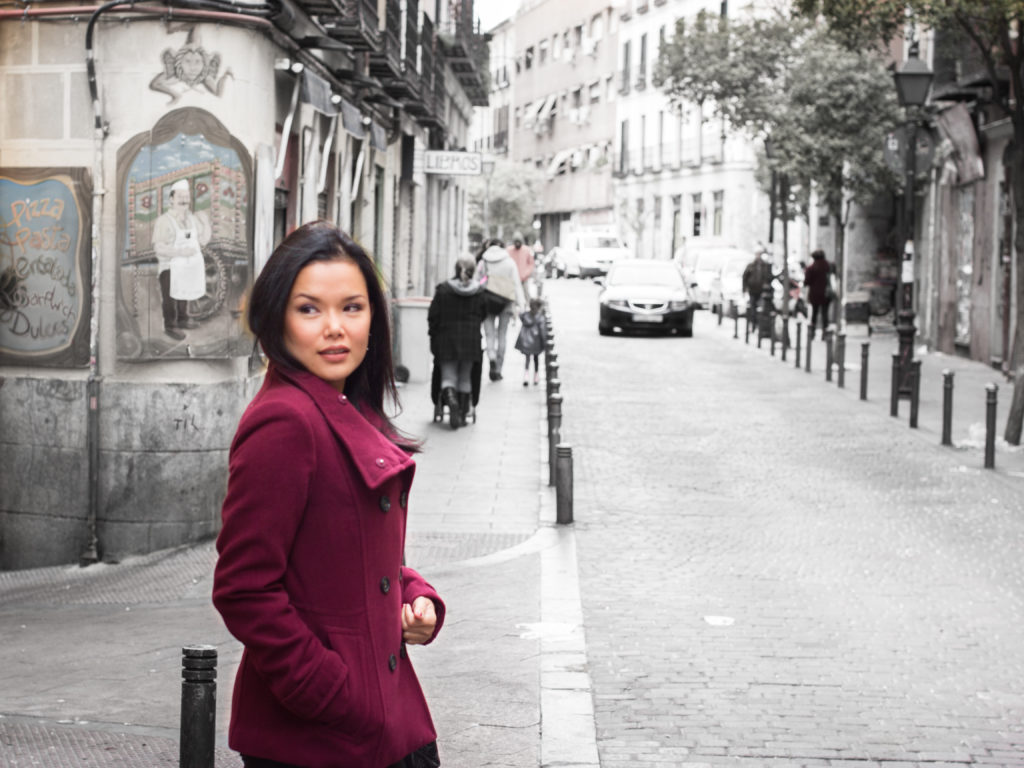 All this continent hopping was somehow triggered by my curiosity to understand why being “Western” and “light skinned” is such a big deal to the world. I was unconsciously seeking validation that I didn’t get as a talented Filipina artist.

When I moved to the US, I challenged myself to make a name here. Maybe this is where I’ll get the credit. And you know what they say about America… if you make it here, you can make it anywhere. California may have a diverse population but prejudice definitely still exists for Asians. In my years of working here in the hotel industry, at the public library and auditioning for on-camera work, I always have to prove myself a lot harder as an immigrant.

My English skills are always doubted even before I open my mouth to talk. Promotions and tips are given easily to my local colleagues even if I was obviously smarter and working harder. I’m also tired of being casted as the Asian token for the background in commercial projects.

But times are changing now. The Westerns are finally opening up to the Asian potential. Case in point, Crazy Rich Asians being a blockbuster hit and Parasite winning heaps of awards in the most recent Golden Globes. I was keen on riding the Asian wave in Hollywood and thought about moving to LA to pursue a career in media. But out of nowhere, an early stage breast cancer diagnosis hit me in late 2016.

My life was put on hold for the entire 2017 as I did conventional treatment composed of chemotherapy, lumpectomy and radiation. My family was back in the Philippines and even if I had the option to go home and do my treatments there, America has more advanced cancer research and better medical facilities. The health insurance would also cover my medical bills. So I chose to stay and leaned on close friends, kind strangers and co-survivors for emotional support just to keep going.

I opened up on social media about my diagnosis as a therapeutic release and a way to reconnect with my Filipino fans under a new artist name “Jaymee WINS”, which is a constant self-reinforcement that I am winning over cancer and in life. 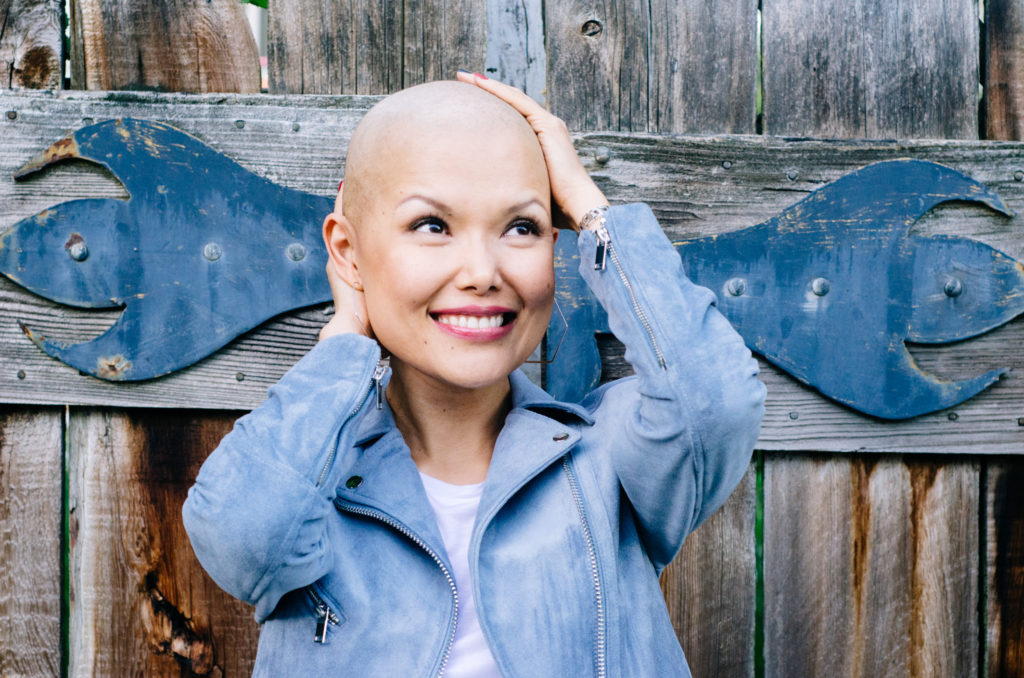 As I went on remission in 2018, my social media platforms were slowly picking up. My followers were curious where life was gonna take me. I was more pumped up to go for my American Dream as “Jaymee Wins” – the Filipina woman who beat cancer and made a big name in the American media.

But everything fell apart again when the cancer metastasized in 2019.

At that point, I wanted to give up on life. I was getting broke, feeling sick, falling into depression, missing home, and wondered how I’m gonna keep surviving in America as a new immigrant with a metastatic breast cancer far away from my family and comfort zone. Adjusting in a new country and constantly trying to prove yourself is already hard. What more with a life-threatening disease? Who will want to get me for work or book me for gigs?

I thought that was the end. That I’ll keep deteriorating and die from frustration, homesickness and illness. But everyday, I woke up praying to God, seeking support from every good soul I encounter and reminding myself that I still have a purpose and I’m not going anywhere until I fulfill it.

With the grace of God, tons of self-help, support from amazing people everywhere, and the strong will to live, I got better day by day. And at one point I paused and reflected. Now that I’m gifted a third chance at life, what is it that I truly want to do to pay forward? Is it still to prove myself as an artist that wasn’t given enough recognition? To have that star in Hollywood Boulevard for my vanity’s sake? Or to still find out what makes the light skinned Westerns fair out? All of these ego-driven thoughts simply didn’t matter to me anymore.

Cancer taught me that regardless of our skin color, how much money we make or how achieved we are, at the end of the day, we’re all just a bunch of humans who desire to feel safe, loved and respected.

If cancer knows no prejudice in choosing its prey whether rich or poor, Eastern or Western, English or Chinese speaking, why can’t we have the same mentality when it comes to spreading kindness and empathy? 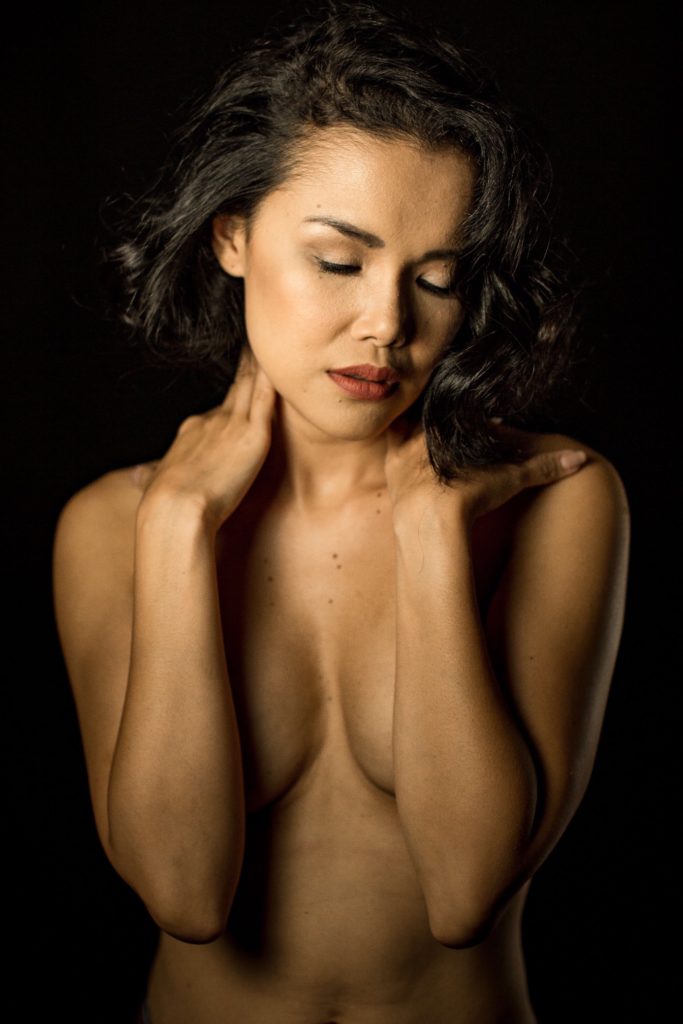 This profound experience created a much deeper calling in my soul and 3 words stayed prominent in my head: to inspire, uplift and empower. Thus, I’m now using my voice to enlighten people on winning their daily battles, appreciating every second of life and keep moving forward even through excruciating times. Sure, it’s gonna take some time for me to build a global voice in America being an Easterner. But I know in my heart that this is the path I’m meant to carve especially for cancer survivors and immigrants with stories of faith and resilience against all odds that deserve to be heard.

And as I’m writing this, I just caught another early cancer recurrence  this year which now gave me my fourth chance at life! How insane, right?! Yet, I’m still here. Alive. Breathing. Moving. Smiling. Creating. And WINNING!

So now, I’ll keep sharing my story as the strong-willed Filipina who kept thriving in a big, competitive foreign land amidst the adversities with the mission to inspire, uplift and empower anyone including the Easterners experiencing setbacks in the wild, wild West. Nothing, not even cancer will stop me from going for this dream. And I’m determined to do whatever it takes here in America to have greater access to a better quality of life, freedom and privilege ignoring all sorts of prejudice to manifest this grand vision.

To know more about my story, below is a YouTube link of a short documentary about my life.

I’d also appreciate your support on my social media handles. You can find the links on my official website www.jaymeewins.com. Thank you! Let’s keep winning!