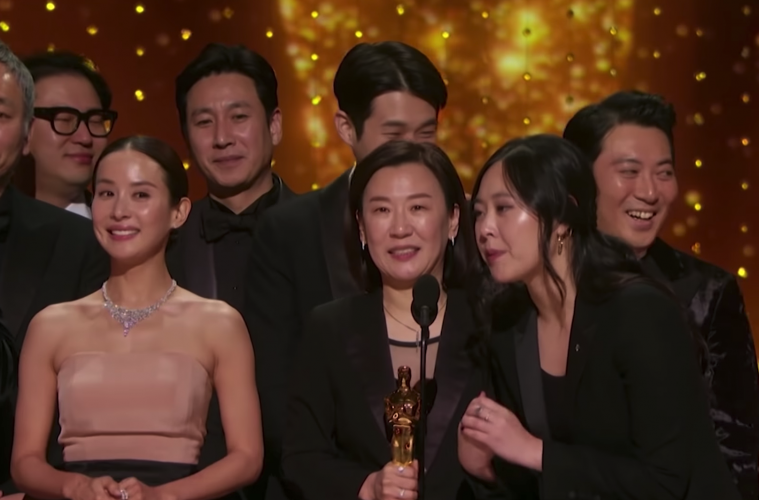 "I feel like I'll wake up to find it's all a dream. It all feels very surreal"

Boon Joon-ho’s thriller Parasite has won a historic Oscar by winning the award for Best Picture.

Having already won a historic SAG Award for foreign-language film, as well as a Golden Globe and Chicago Film Critics Award, Parasite continues to break records.

The South Korean film is the first non-English language film ever to take the Oscars’ most prestigious award.

“I feel like I’ll wake up to find it’s all a dream. It all feels very surreal,” Bong said.

Producer Kwak Sin-ae, who collected the trophy, said: “I’m speechless. We never imagined this to happen. I feel like a very opportune moment in history is happening right now.”

When the organisers tried to bring the best picture acceptance speech to a close by turning the stage lights off, boos were heard from the audience. Eventually, the lights were turned back on, allowing for the celebrations to continue.