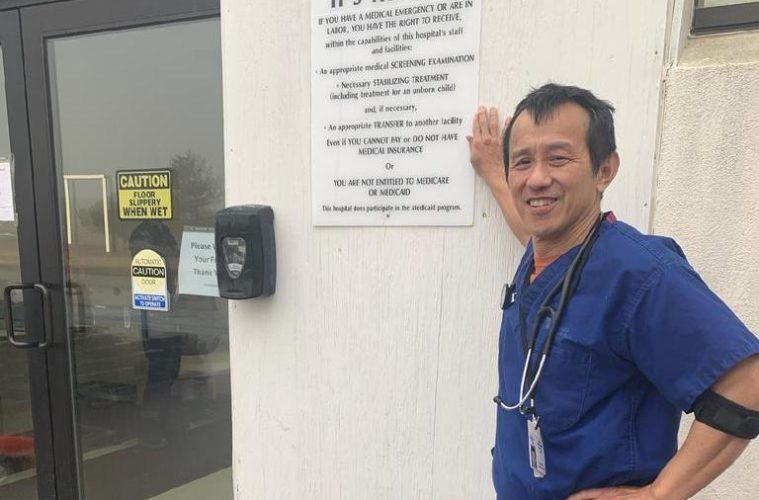 Seattle Times reports that an Asian doctor has been fired after criticizing his hospital’s lack of Coronavirus protection for its staff and patients.

Ming Lin had worked at PeaceHealth St. Joseph Medical Center for 17 years and had spoken out about the Washington State hospital’s poor safety precautions.

Lin had worked as a long time physician including a stint at a trauma center near New York City’s World Trade Center during the 9/11 terror attacks.

On Facebook, Lin wrote an open letter to the hospital CMO listing his concerns about the institution’s pratices.

“Hopefully I still have a job afterwards,” Lin wrote at the top of the post.

In his list, Lin recommends setting up  “an outside mini triage to see if patients have any risk for coronavirus.” He suggests that if “stable and febrile they should be asked to wait in the car so staff members can collect specimen in protective gear. This is starting to be a trend in many ED.”

Lin slammed influenza testing before deciding if it’s coronavirus as “ludicrous” as it exposes staff members twice and all patients waiting in ER.

“Many ED have set up parking lot collection of coronavirus,” Lin said. “For us to be so close to the epicenter and not do it is ridiculous.”

“Our ED is busier and riskier than most airports, we r as likely to get it from one another as from our patients,” he added in another concern.

“I got a message that said, ‘Your shift has been covered,’” Lin told The Seattle Times, adding that his supervisor told him on the phone, “you’ve been terminated.”

Lin revealed that supervisors had threatened his employment after he spoke to reporters and posted on social media about the hospital. The hospital had asked him to remove his social media posts but he refused.

Reflecting on his dismissal, Lin said, “I’ll be OK. It’s a blow to my ego more than anything.”

I have no doubt you have as much…