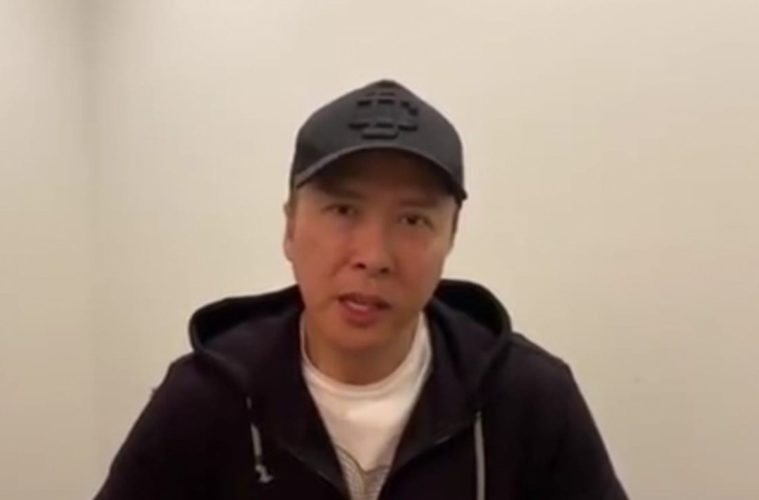 The 56-year-old Hong Kong film star announced to his thousands of Weibo followers that he wanted to thank the medical workers in China.

In a 28-second video, Yen said in Mandarin, “Hello everyone, I am Yen Ji-dan. I want to take this opportunity to thank all the medical frontline workers [in China]. In this critical moment, everyone please protect yourself well by wearing a mask and washing your hands more often. Distance yourself from the virus but don’t distance love. I believe our country [China] will win the battle against the virus and have the situation under control. Wuhan add oil [come on], China add oil.”

He added that paintings drawn by his two children – Jasmine and James – would be donated to Wuhan to “spread cheer” to the workers at the frontline.

Mainland media reported that his donation was of HK$1 million, with Weibo users thanking him for his gesture.

“Donnie is awesome and what he says is so warm and full of love!” said one Weibo user.

Yen’s latest film Enter The Fat Dragon has pulled its China release due to cinemas being closed in China.

The death toll from the Coronavirus currently stands at over 2000 with over 75,000 confirmed cases globally.

In related news, a racist man hospitalised woman for defending her Chinese female friend in Birmingham after he called her a ‘Coronavirus chink’.