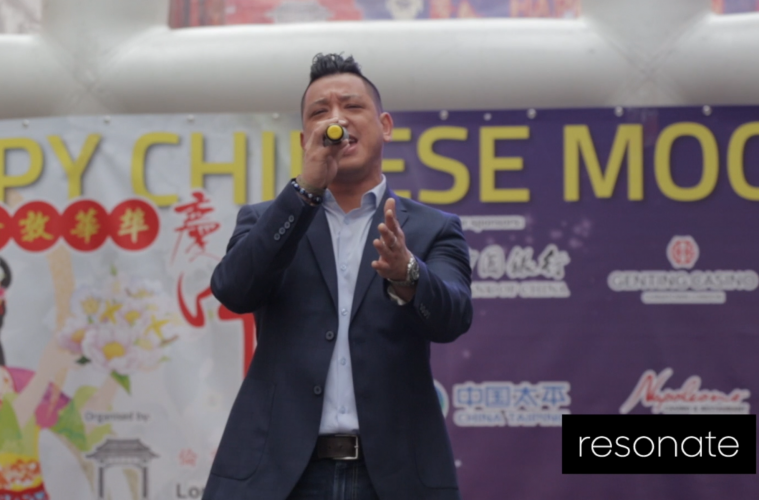 The singer sang a cover of Beyond’s Hai Kuo Tian Kong [海阔天空], dedicating his performance to his late brother who had sadly passed away.

Nailing every note, the singer delivered a perfect rendition of the Beyond classic. Rich with emotion, the singer’s magical voice moved the unsuspecting audience who had come down to bask in the Mid-Autumn Festival celebrations of the day, captivating them enough to put down their calorific mooncakes and watch the incredible performance in front of them.

The singer was performing as part of Moon Fest 2016 in London Chinatown, which was celebrating Mid-Autumn Festival on the day.

Resonate uploaded a video of the performance, in an effort to uncover the mystery singer’s identity. Instantly, the post garnered a number of views and endless comments.

It was only a matter of time before the singer’s identity was revealed.

After two hours of posting, Carol Chan revealed the first hint, saying that the singer was the nephew of Sifu Joseph Man.

Shortly after, Carol added that his name was Alan Chan.

After the mystery was solved, a number of comments flooded in to show their support for Alan.

Alan’s performance was truly remarkable and whilst the mystery of his identity has been solved, it remains a mystery as to why he did not pursue a career in singing.