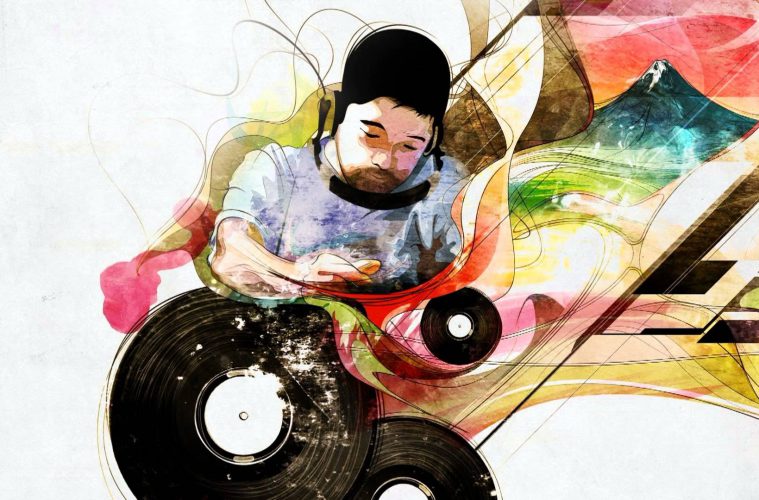 Remembering a true innovator of both jazz and hip-hop who left us too soon, but whose music still lives on.

Hailing from Japan, Jun Seba, or Nujabes (1974-2010), was a producer and DJ who seamlessly combined smooth jazz with lyrical flows and hip-hop beats, to create what is still considered to be one of the best sounds in jazzhop and chillhop today.

To jazzhop aficionados, Nujabes was as much a pioneer as his American contemporary, J Dilla, as an artist who wasn’t afraid of pushing the boundaries of different genres. To anime fans, he was the producer behind the critically-acclaimed Samurai Champloo’s opening theme, ‘Battlecry (feat. Shing02),’ and closing song, ‘Shiki No Uta (feat. Minmi).’ To me, he’s the artist who introduced me to the experimental worlds of jazz hop and chill hop; whose loops stayed on the right side of repetitive, propelling his music forwards without overwhelming other streams of saxophone, strings, piano, keyboard, and guitar.

He created a style and sound that I’d never heard before, and one that I’ve never loved as much: one that is soothing, a little bit playful, contemplative, and downright beautiful.

So with that being said, here are ten songs that I feel capture Nujabes’ ability to meld melodic piano-based whimsy with clean sampling, over a pulsing hip-hop foundation. The car accident in 2010 took his life too soon, but his music and his stylistic influences still live on.

I’ll be the first to admit that I’m cheating a bit with this one, as it’s one of the few tracks where Nujabes veers away from his usual hip-hop beats. Instead, the focus is on an atmospheric piano loop that takes the listener on an emotional journey, as it builds throughout the piece. Nujabes’ decision to sample The Paul Horn Quintet’s ‘Here’s That Rainy Day,’ deepens the bittersweet mood, further grounding the poignant moments that it was used in in Samurai Champloo.

Another track that was flawlessly utilised in Samurai Champloo, ‘Counting Stars’ is a prime example of just how slick Nujabes’ sampling could be. Here, he uses the funky sounds of a wah pedal and a hushed snare as a foundation to round out the cut of José Feliciano’s ‘Affirmation,’ lessening its original tinny sound. With samples of Frank Sinatra’s velvety voice layered over the top, the track revels in an ambient richness.

The title speaks for itself in that this track is another piece that conveys a very meditative mood, but whilst the complex waterfall of piano melodies express a certain sadness, it’s not one that you drown in. This is partly due to the muffled distortion that ebbs and flows throughout, and the beat that steadily supports, but doesn’t intrude.

The ‘Luv(sic) Hexology,’ featuring Japanese-American rapper Shing02, is one of the greatest accomplishments of both artists, charting an organic journey of discovery. In ‘Luv(sic) Pt. 3,’ Shing02’s opening line of: “It’s funny how the music puts times in perspective. Add a soundtrack to your life and perfect it,” not only iterates the interconnected relationship between music, humanity, and everyday life, but also describes Nujabes’ music to a tee. Nujabes created tracks that articulate the range of human emotion and reflect the pace of the world, through constantly evolving melodies and intricate rhythms – and the ‘Luv(sic) Hexology’ in general is a testament to this.

This is one of Nujabes’ most minimalist tracks, in terms of sampling and execution, which is what makes it so comforting. It’s straightforward, the simplicity of its melody mirrored in the sampled cuts of Kenny Rankin’s ‘Marie,’ which focus solely on a woman’s hair, and then have him tenderly repeating “You’re a flower, you’re a river, you’re a rainbow.” This innocence and sheer happiness bubble all the way through to the isolated claps at the end.

Nujabes has always known how to effectively use muted guitar samples to send the listener to a place of warm breezes on summer evenings – and ‘Aruarian Dance’ is no exception. Here, the looped guitar is never in danger of being too whiny or repetitive, the transitions hit that sweet spot between smooth and jerky, and the violins: romantic, dreamy, and warm-toned, they soar.

A track from Nujabes’ posthumous album ‘Spiritual State,’ ‘Far Fowls’ merges traditional Japanese strings with the traditional flute of the Andes: the quena. This instrumentation over a delicate looping of ascending broken arpeggios, allows the piece to flow. ‘Far Fowls’ invokes images of Japanese gardens and South American deserts: there’s something very earthy about it, something that captures a humble spirituality.

The intricacies involved in this track make it one of the best collaborations Nujabes has ever done with fellow hip-hop producer, DJ, and saxophonist, Uyama Hiroto. The first half sounds like it’s trying to find its feet: the beat is tentative, the melody too rigid, and the watery twangs and boings add a touch of uncertainty. But when Hiroto’s saxophone comes in, it’s like everything falls into place. Hiroto glides through the distorted harmonies and hints of woodwind, and even when the beat glitches, the saxophone carries the melody through, bringing ‘Next View’ to a whole new level.

A personal favourite mainly due to its crisp, clean sampling of the sexy classical guitar of Luiz Bonfa’s ‘The Shade of the Mango Tree,’ over a subtle bass. Together, they ensure that ‘Lady Brown’ oozes sensuality, transporting the listener to a tropical paradise, as Cise Starr waxes lyrical to a woman he’s clearly head-over-heels for. In a way, Nujabes takes a step back and places the guitar and Starr front and centre, but his production is still innovative through his combination of the classical with the modern.

‘Feather’ is a track that perfectly encapsulates Nujabes’ sound and how introspective it is, not only in its production but also in its effect upon the listener. ‘Feather’ is a track of contemplation: the breezy piano melody, soft drum rhythm, and plucked double bass conjuring up the feeling of walking along the pavement on a sunny day, bobbing your head to Cise Starr and Akin’s cypher. The pain and suffering melt away, and all you see are clear skies overhead. Whilst the lyrics reflect on the negativity in the world, the beauty of Nujabes’ music is that it’s uplifting even in its saddest moments: that its aim, if it has any, is to spread positive vibes.