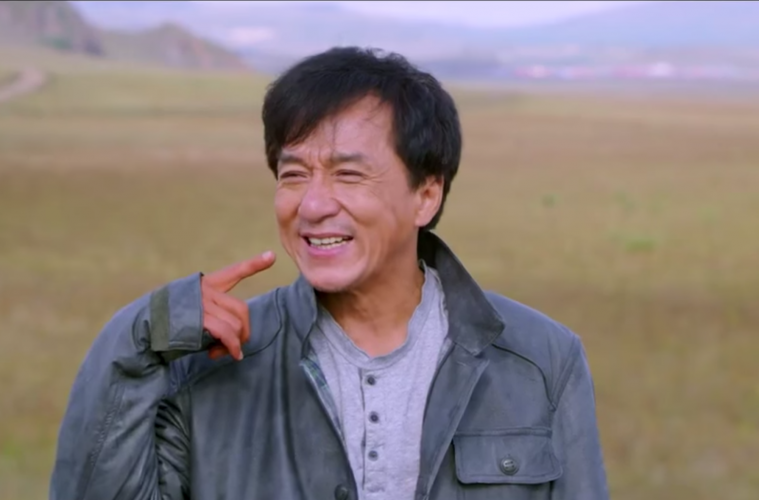 FEATURE: 17 facts you might not know about Jackie Chan

To celebrate the release of the Jackie Chan‘s latest film and his Honorary Oscar, we’ve compiled a list of facts about the Kung Fu Master that you might not already know.

In Chan’s latest action movie, the stuntmaster teams up with Jackass’s Johnny Knoxville to take down a notorious Chinese criminal. As with a number of Chan’s films, his partnership with a western actor is usually the catalyst for success. Whilst we aren’t expecting Skiptrace to top the Rush Hour trilogy or even the Shanghai Noon franchise, it certainly has potential.

Chan has been an international Asian household name and has etched his name permanently into film history. However, how much do you actually know about the loveable Kung Fu King? Here are 17 facts about the legendary star you probably didn’t know…

1. His original name is Chan Kong-Sang

Jackie Chan was born ‘Chan Kong-Sang’, which means ‘born in Hong Kong’. He adopted the name ‘Jackie’ whilst working on a construction site in Australia as his coworkers could not pronounce his Chinese name. As a child, he was nicknamed Pao Pao by his parents, which means cannonball, due to his energetic nature and his innate tendency to roll around. It was also appropriate as he stayed in his mother’s womb for 12 months.

2. He almost starred in a film about fighting off terrorists at the World Trade Centre

In a film called ‘Nosebleed’, Chan was set to play a window cleaner working on the World Trade Centre, where he would foil a terrorist plot. The film was rumoured to have Steven Spielberg’s involvement. However, the atrocities of 9/11 meant that the film had to be cancelled.

3. His favourite story involved being hit by Bruce Lee

When filming the Bruce Lee classic, Enter The Dragon, Chan was smacked by Lee in one of the film’s iconic scenes. Chan pretended that Lee had hurt him to gain the attention of a very apologetic Lee. Chan now remembers the moment as his “favourite story ever”

4. He was once punched in the face by a fan

Whilst filming Rush Hour 2, Chan was punched in the face by what turned out to be a fan. The fan thought that Chan would block the punch, but an unsuspecting Chan was caught unaware and received a fist to the face. Fortunately the for the fan, Chan didn’t unleash his signature kung fu moves upon him.

5. Chan refuses to leave any money for his son

The kung fu king is currently sitting on a very wealthy fortune of $130 million. However, the star refuses to leave a cent for his son. According to Chan, if his son his capable enough, he will make it on his own.

6. Chan communicates in a secret language with his fellow actors that involves grunting

When filming fight scenes, Chan and his fellow actors communicate via grunting to co-ordinate and choreograph the scenes.

The stunt and kung fu master isn’t just a one trick pony. As well as acting, Chan has lent his voice to a number of soundtracks. To name a few, he sang in ‘Who Am I’ and most surprisingly, recorded a version of ‘I’ll Make A Man Out Of You’ for the Disney film Mulan.

8. His stunt team has no insurance

Despite the number of stunts and consequential accidents Chan encounters, his stunt team has no insurance. Instead, Chan pays for them out of his own pocket when filming.

Just as his stunts are organic, with no CGI, Chan’s action scenes are equally as real. Instead of fake-punching and kicking, Chan actually makes contact with other actors during his combat scenes. As a result, those on the receiving end of Chan’s fists of fury are required to wear special padding for protection.

10. Chan does his own dubbing work

Due to the nature of Chan’s cross-culture film work, a number of his movies are dubbed in either English or Mandarin. Instead of hiring a voice actor, Chan insists on doing his own voice work. As a result, his voice can be heard dubbed over the scenes that were originally filmed in a different language.

Whilst the selling point of Chan’s films is his fighting skills, he actually doesn’t like violence. In his lifetime, he has only been involved in one real-life fight. He claims his friends dragged him into it.

12. He was not the voice actor in Jackie Chan’s Adventures

Some of you may remember the animated series, ‘Jackie Chan’s Adventures’. The cartoon ran from 2000-2005 and featured an animated Jackie Chan chasing chalices and fighting criminal organisations for magic talismans to combat evil spirits. However, even though Chan lent his name and even his face to the show, he didn’t do the voice work for the show. Instead, voice actor James Sie was tasked to do Jackie’s voice.

Chan is known for speaking Cantonese, Mandarin and English. However, he also has proficiency in German, Korean, Japanese, and American sign language.

14. Chan has plastic in his head

As a renowned stunt master, Chan has unsurprisingly suffered a number of injuries. Throughout his acting career, he has broken his nose 3 times, his ankle, almost all of his fingers, both cheekbones and his skull. Due to one injury, Chan now has a plastic plug in his skull.

15. Chan once removed someone else’s tooth from his hand

After a street scuffle, Chan thought that a bone in his hand was broken. After two days of trying to push the bone back, Chan realised that it wasn’t his bone and it was in fact, a tooth belonging to an assailant from the scuffle.

Chan has reportedly said that his biggest regret was not getting a real education. However, his regret has led him to value education and he has since funded a number of educational institutions.

17. He used to carry a grenade for protection

Whilst Chan’s signature kung fu skills would deter anyone from taking him on in a street fight, Chan used to arm himself for protection. During the 1980s and 1990s, he would carry around a number of guns and even a grenade in his arsenal.