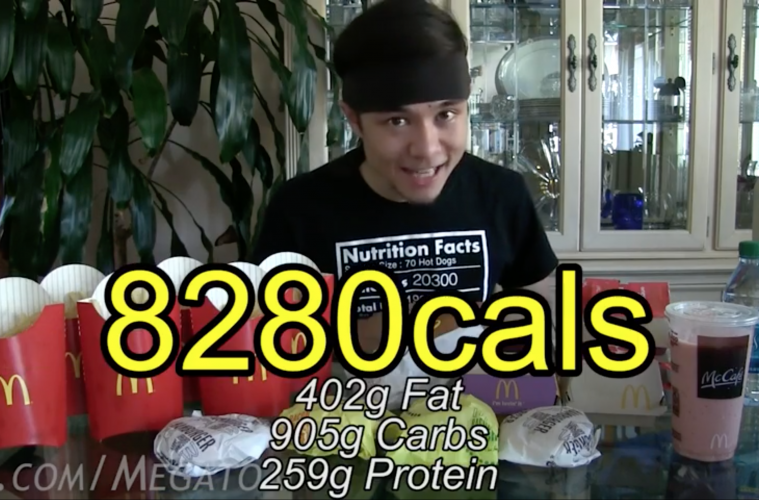 Serasinghe had originally posted a picture on Instagram of himself with a huge McDonald’s feast after he returned from the Rio Olympics. In the caption, he wrote “now it’s time to eat some junk food after months of eating clean!”.

Wow what a week it has been in Rio! Have to say I am disappointed about the match today. We definitely had a good chance to stretch the match to three sets toward the end of the second set but couldn’t close it out. We would have loved to end our first Olympic campaign with a win against a much higher ranked pair. Although having said that, there are lots of good things to learn from the matches in the last three days playing against more experienced pairs. Can’t wait to go back home to start training and keep on improving! Just want to say thanks again to everyone back home for the on going support. Definitely motivated me to fight hard on court everyday! ❤️ Now it’s time to eat some junk food after months of eating clean! 😀

The meal consisted of:

The total amount of calories comes in at 8280 (the recommended daily average men is 2500).

Competitive eater Matt Stonie, who is no stranger to gargantuan amounts of food, was inspired by the athlete’s post and decided to take on the challenge. In the past, Stonie has demolished 5 Big Macs in under 1 minute, a 2lb burrito in under 2 minutes and currently holds a number of food-related world records, including eating 25 big macs in one sitting.

Sufficed to say, Serasinghe’s feast wasn’t too much of a fete for Stonie, but nonetheless, it did appear to be quite a struggle.

We may not have many half-Japanese half-Czechoslovakian and Lithuanian heroes, but Matt Stonie is certainly makes up for it!