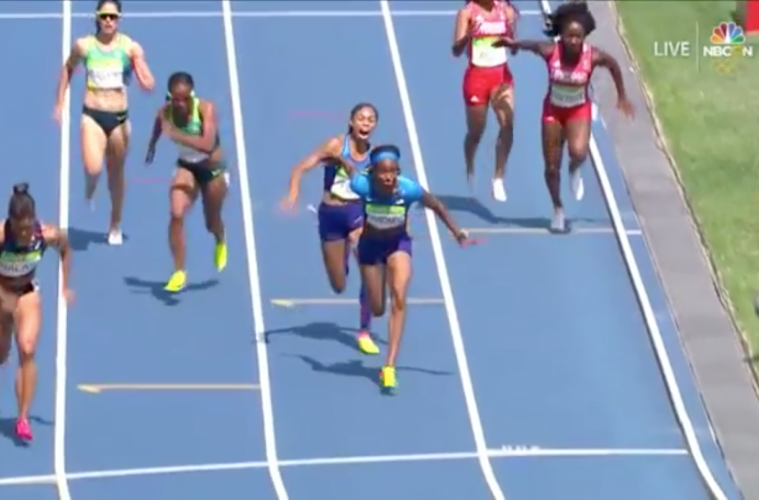 Team China: "We're not asking for a re-run. We will come back. See you in Tokyo"

China’s 4x100m relay have been left furious after they were knocked out by the US, who were allowed to run the race again alone.

The American team claimed that an obstruction by a Brazilian runner forced US seven-time Olympic medallist Allyson Felix to drop the baton. The team were then allowed to re-run the race on an empty track, topping the qualifying time and subsequently knocking the eighth fastest team, China, out of the final.

China had launched an appeal before the rerun, which was rejected by the International Association of Athletics Federations (IAAF). The Chinese team was quoted by Xinhua as saying, “The US team dropped the baton because of their own fault – not entirely due to Brazil’s obstruction… It was hugely unfair to let the US team rerun on their own. Letting them run without any competition and disturbance on the track is very much different from how the other teams ran.”

The Chinese team also pointed out that the now retired superstar hurdler Liu Xiang was also obstructed during a world championship race in 2011, but the appeal was rejected by the IAAF.
Felix claimed that she was bumped by a Brazilian runner just before she reached the zone to pass the baton to English Gardner on the third leg, “I got bumped coming into the exchange zone, it just completely threw me off balance. I tried to pull it together to get it to English. Maybe if I had one more step I could have, but I was falling as I was going to her.”

#CHN mulling 2nd protest, against US entry into 4x100m final. US qualified on a solo re-run after dropping baton pic.twitter.com/PPIeman9G0

The American track and field team protested and and agreed that the runner’s progress was impeded. Brazil were disqualified.

The Chinese team clocked in a time of 42.70 seconds, taking last place int he final. The team had thought they had reached the final, until the American team were allowed a re-run. The same team finished the re-run in 41.77, knocking China out.

Liang wrote on her Weibo account, “if we are really kicked out (from the finals), where is clean sport?”

American anchor runner Morolake Akinosun admitted that it was “weird” to have rerun by themselves, “it was weird, but it was a lot of fun. Glad we got a chance to really run a race with these ladies and qualify for the finals.” Felix said she felt “very relieved. I just wasn’t sure how a situation like that played out. I have never been in that situation before, but I am happy that we got a shot at it.” Gardner said, “it was just an unforeseen circumstance. We just had just a little combustion over there in the third leg, but we got past it, got out there and performed like we’re supposed to… Honestly, I feel like it was just a glorified practice, just with the whole world watching”

Gardner also had a few words for the Chinese team: “I wish them the best of luck. I wish it didn’t happen this way.”