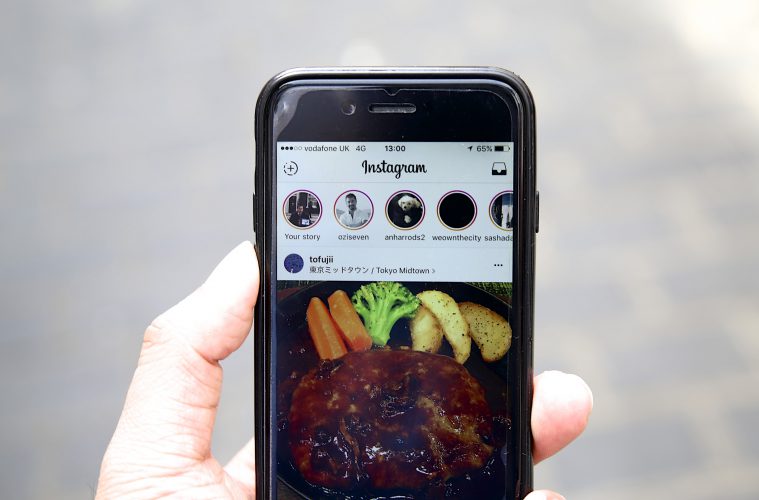 Similar to Snapchat, Instagram “stories” are displayed in a slide show format for only 24 hours

Yesterday, Instagram launched a new feature in their app, which allows users to share a series of moments of their every day lives to their followers.

In a similar format to Snapchat, Instagram “stories” are displayed in a slide show format and last for only 24 hours.

I’ve been using the Internet for most of my life and I have seen the rise and fall of several social media networks including MySpace, Friendstar and Faceparty. While we know Facebook became the dominant social network. It’s been apparent that their growth has been slowed with many younger users switching from Facebook to new social media networks like Snapchat.

I have noticed that Snapchat have sort of taken Facebook’s place for the younger generation of social media users. In a way Facebook has kind of aged and been taken over by the older generation of Internet users, so it’s safe to assume young people aren’t necessarily as interested in it as much as before.

In my opinion Snapchat is pretty ingenious. It’s probably the first parent-proof social network (if that’s a thing).

If you think about it, why do so many old people like Facebook? It’s because they can post pictures of their family and friends, and show them to people, and the photos stay there forever.

Now introduce self-deleting content into the mix. Younger people that use social media aren’t nostalgic for old posts, typically. In fact, a lot of them go back and delete them because they end up looking back on them with embarrassment a few months later. The only reason they post stuff in the first place is because they want their friends to see what they’re doing right now. Snapchat serves that purpose, and deletes content after 24 hours so nobody is embarrassed by their old posts a year or two down the road.

Another thing is that there’s no “like” system in place, so there’s no such thing as a failed post. People would make posts to Facebook and sometimes get depressed over how few likes their post had. With app’s like Snapchat and now Instagram stories you won’t need to worry about because there aren’t likes in the first place.

That lies with the inherent problem of all modern day social media. Users don’t like to be judged by what they are sharing on social media.

Instagram CEO Kevin Systrom understands this and released Instagram: Stories, Instagram’s answer to Snapchat. In an interview to the Wall Street Journal, he said,

“We need to have a place where you feel free to post whatever you want without the nagging fear of did someone like that or not?” he adds, ” Likes counts acts as quantified judgement from the public.”

The Journal coverage had a really interesting  internal Instagram survey which said  teenagers delete about half of the photos in their Instagram feeds.

Personally, I don’t think this applies to just teenagers.  I seen it happen to my 20 something friends who hashtag their photos with every conceivable word and then delete photos after an hour if they don’t get enough likes. It was this reason why I believe Snapchat became so popular to it’s 150 million daily users, which is people who don’t necessarily want to be judged every time they post a photo.

Even the biggest social network is facing is trouble with its core social product. A report earlier this year suggested that Facebook has seen a 21% decline in “original sharing”.  which many attributed to the rise of private networks like Snapchat.

The Instagram has slowly moved away from showing like counts on their videos, instead showing the view count, which is usually a more impressive number.

Facebook owns Instagram and it’s easy to see why they value Snapchat so much that in 2013 they tried to buy the app for $3 billion. The new feature more or less does exactly the same thing as Snapchat. It offers users more ways to share their lives with their friends and followers in a single app. Facebook strategy seems to be if you can’t buy them then copy them.

The features and the interface of both apps are very similar from each other except Snapchat offers interactive filters but with so many third parties offering the same feature I believe Instagram will eventually offer the same thing.

The question next is wherever existing Snapchat users will migrate from one social media network to the other? While there are hundreds of doppleganger apps in the market place there never has been one on this scale between two giant social media giants who have so much to gain and lose. I believe the the instagrams “stories” feature maybe a little too similar to Snapchat in name and implementation that I think there maybe a potential lawsuit on Facebook’s hands.