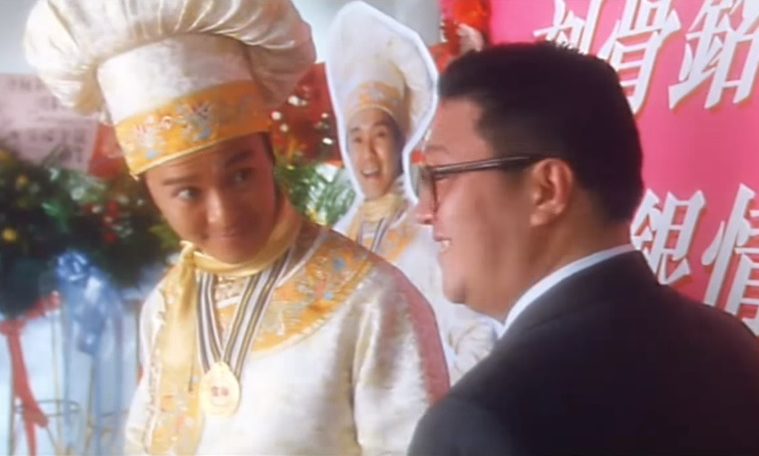 Picking the movies for my first list was hard and I had to exclude a number of equally noteworthy movies from my motherland.

Therefore I decided write this new list. Once again, this list is solely based on the personal taste of a first generation British Born Chinese who is still discovering his motherland’s cinema and has a penchant for questionable movies (Trolls 2, The Room, Gymkata etc). Hence the inclusion of a movie where Anthony Wong literally just spits on people in the street of Hong Kong in order to infect them with Ebola.

Imagine if John Woo made an old school wuxia movie with some help from the Shaw Brothers. Last Hurrah for Chivalry, one of the best movie titles in cinema history, is that result and in my opinion, it’s everything one hopes and expects. Despite the lack of guns, doves and Mexican standoffs, the themes of loyalty, betrayal, sacrifice and comradery are definitely still there. With a haunting and sentimental theme song, Last Hurrah for Chivalry is an apt pre-cursor to the modern heroic bloodsheds and bullet ballets we see John Woo direct later in his career. 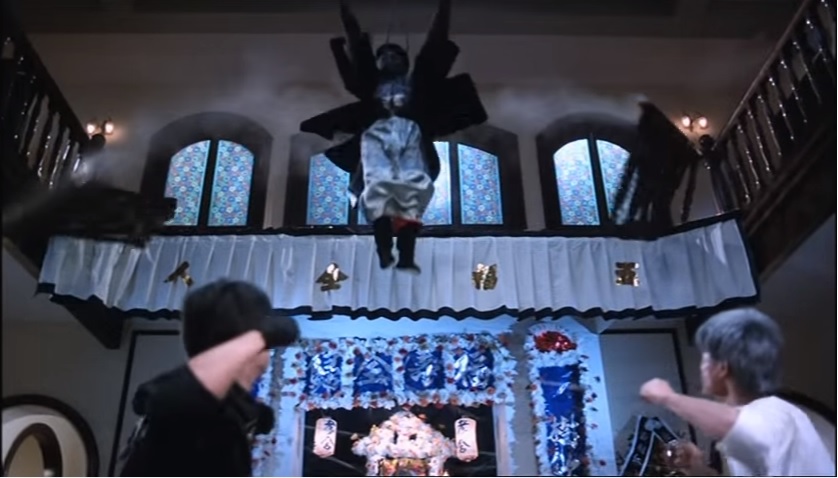 A hilarious martial arts-horror-comedy which essentially typecasted and cemented the late Lam Ching Ying as the iconic mono-browed Taoist priest for the rest of his career and life. The Mr Vampire in question is a traditional Chinese hopping corpses/vampire (jiangshi) which Lam Ching Ying and his two bumbling disciples must vanquish. Bar the titular vampire the trio must also content with other evil entities. Although it’s not the first movie to depict traditional Chinese spirits and monsters on the big screen, it definitely inspired a new fade and trend of vampire movies in Hong Kong cinema after its release. 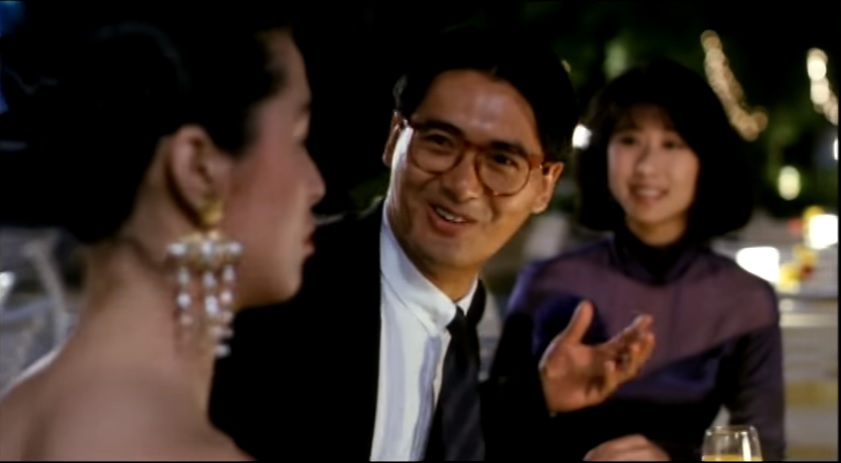 Childhood hero, cult action star and deity Chow Yun Fat is a bigamist in this surreal screwball romantic-comedy which delves into questionable politically-incorrect territories towards the end. With support from his on-screen best friend, Waise Lee, he just spends the majority of the movie devising complicated plans to prevent his two wives (Sally Yeh and Joey Wong) discovering his situation and each other. Fat Gor also clearly demonstrates to the audience why his Cantopop career never really took off. If that premise doesn’t hook you in, I don’t know what will. 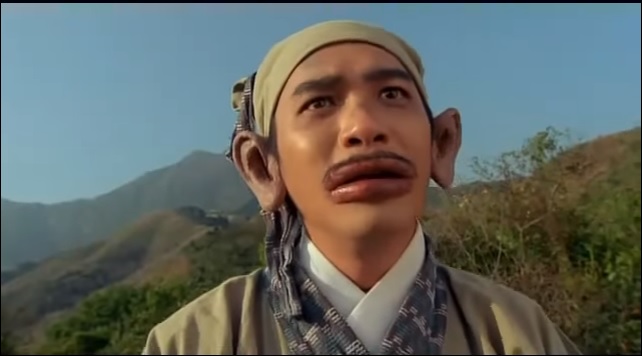 As mentioned in my first list, wuxia was all the rage in the 90s. Even arthouse director Wong Kar Wai (In the Mood for Love, Chungking Express, Fallen Angels etc) decided to make one, Ashes of Times, whose superstar cast had the power to rival Future Cops. Rumour has it Ashes of Times’ budget ran out quite early on so his team decided to shoot an alternate quick project using pretty much the exact same cast to earn some fast cash during the highly exploitable Lunar New Year period. This was the result. A fast-paced, crazy, esoteric yet highly enjoyable parody of the genre. Ever wanted to see Leslie Cheung and Carina Lau play football with Tony Leung Ka Fai’s head to The Match of the Day theme tune? Or see Jacky Cheung serenade Joey Wong in some nonsensical song set to the tune of Rossini’s William Tell Overtune whilst Tony Leung Chiu Wai, one of the most serious and intense actors in the world, looks on with comically oversized botox lips and ears? Now you can.

Similar recommendations: Flying Dagger (1993), The Royal Tramp (1992), A Chinese Odyssey Part 1 and Part 2 (both 1995), Ashes of Times (1994) if you want to see what Wong Kar Wai was actually aiming for in the first place and the stark contrasts and similarities between these 2 projects. 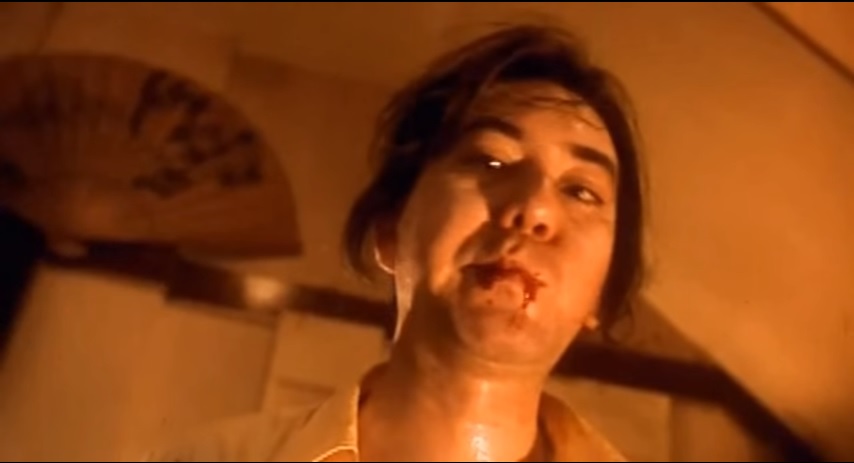 Bar wuxia, the 90s were also a very popular era for so called Category III exploitation films in Hong Kong, the kind of stuff that would get categorized under the video nasties of 1980s in the UK. Ebola Syndrome has one of the most notorious reputation in this niche genre because of the number of distasteful and deprived acts it contains and portrays on screen. Anthony Wong, in a comically over the top performance, is an asymptomatic Ebola carrier who spends most of his time onscreen killing, raping, butchering, sneezing and spitting on people in Johannesburg and Hong Kong. He also uses some of his victims to make “African Char Siu Baos” for unwilling restaurant customers to consume. I watched this for the first time with a bunch of fellow bad movie loving friends and we all found it hilarious. It’s a movie one should not take seriously to say the least. 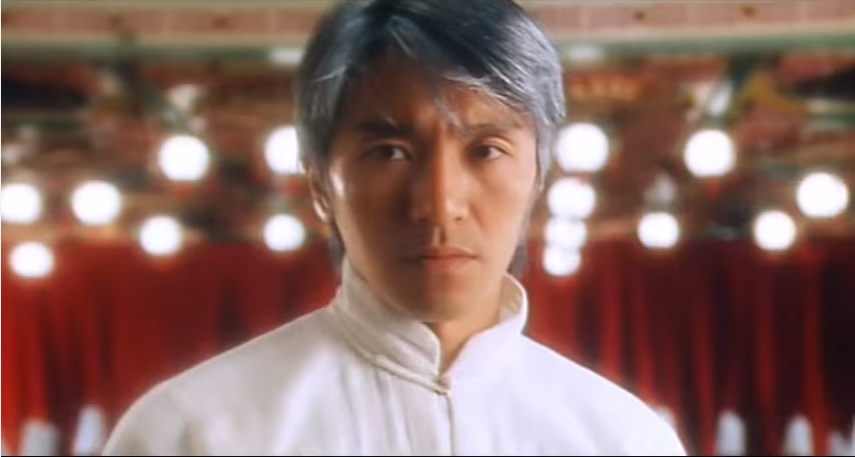 One thing I kind of forgot in my last list was of course Hong Kong’s “King of Comedy”, Stephen Chow. His iconic style of mou lei tau slapstick and humour is synonymous to Hong Kong comedy itself  yet each of his movie still individually has a unique feel and identity. In this feature, he plays the “God of Cookery”, a chef with godly talents who falls from grace one day and must find his back up to. It parodies a range of topics and genres from cooking shows to triad movies. It is littered with hilarious scenes and gags; from his take on the 18 Shaolin bronzemen to a scene where Karen Mok randomly sings a theme tune of an old TVB series out of the blue.

CGI-fest (and not bad CGI for its time and for non-Hollywood cinematic standards to be honest) and superstar galore in this adaption of the popular Hong Kong comic, Wind and Cloud. Ekin Cheng and Aaron Kwok star as the titular heroes being supported by other big names such as Shu Qi, Kristen Yeung, Anthony Wong, Roy Cheung and surreally of all, Japanese cinema titan, Sonny Chiba. As mass-appealing popcorn-flicks goes, it does the job. It’s fun and entertaining. The extravagant style and tone of the original source material is there and it’s quite stastifying to see the ridiculous Dragon Ball Z style moves being brought to the life on the big screen.

Little Cheung is a charming and vivid depiction of a working class Cantonese family in post-handover Hong Kong. Set in the the densely packed urban jungle of Portland Street, the film is about the titular character, Little Cheung, a mischievous 9 year old boy whose family runs a cha chaan teng in this busy neighbourhood. He finds himself in all sort of situations from making food deliveries to the local small time Triads to befriending a girl on his street who turns out to be an illegal immigrant from the mainland. The characters, situations and dialogue are all very believable in this small world and community director Fruit Chan presents to us. The non-professional cast he uses also makes the movie very natural and I urge people to watch this movie along with the rest of his “1997 trilogy” to see the mature realistic depiction of Hong Kong he depicts.

Similar recommendations: Made in Hong Kong (1997), The Longest Summer (1998) – both part of Fruit Chan’s “1997 trilogy” with Little Cheung completing it. Also I strangely found Bullets Over Summer (1999) having a similar style and tone.

An overly dramatic, clichéd but really enjoyable tense action-drama about a group of firefighters setting out to take on a dangerous power plant fire which is threatening the whole of Hong Kong’s power supply. The amount of bromance seen in this movie is on par with a typical John Woo flick and the film tries to incorporate loads of convoluted metaphors about smoke which apparently represents everything. Throw in a bunch of personal vendettas and problems and you got yourself an interesting baroque drama. I personally felt invested in all the main characters despite their ridiculous egos and characterizations. From Simon Yam’s “King of Ladders”, the wizened living legend of the firestation to Hu Jun’s Ocean, a newly transferred fireman from Mainland China with photographic memory who is portrayed as Superman.

Perhaps the most out of place film on this list but Little Big Master is seriously a real feel-good happy inspirational movie. Adapted from a real life story, Miriam Yeung plays a school teacher who quits her current high paying job in a cushy prestigious kindergarten in order to become headmistress of a desperate impoverished kindergarten in Yuen Long whose total list of students number at the grand total of 5. She is brilliantly supported by the child actors who are really adorable and cute. Cynics may dismiss it for its simple predictable plot and cheesy take home messages but you basically have a heart of ice if you didn’t feel touched and moved after watching this.  Tears probably will be shed but Little Big Master is a charming, optimistic and positive film.

All pictures are screenshots.