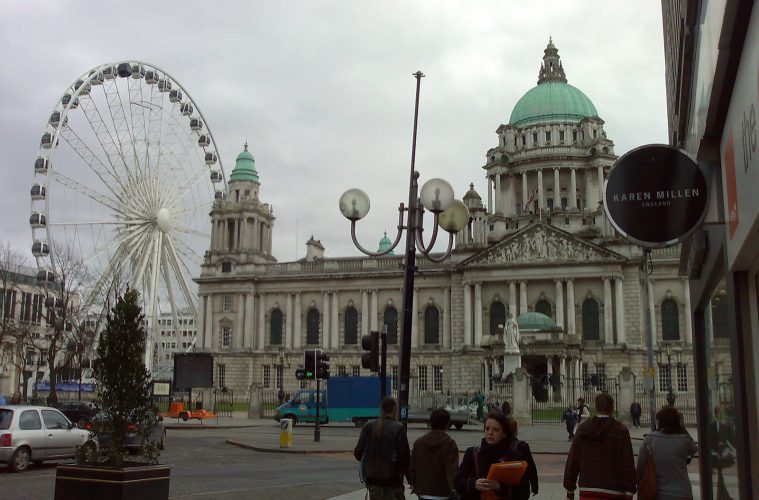 Chinese tourist family shook up by bus attack in Belfast

The bus they were touring in was pelted with stones

A Chinese tourist family in Belfast have been left shaken after their bus was pelted with stones.

The tourist group were travelling on Falls Road, near Divis Tower on Wednesday afternoon.

The driver of the bus, Mark Coulter of McComb’s Coach Travel, said that the firm had contacted the police,

“I feel terrible for [the tourists] and it’s disgraceful for the country for it to happen.”

The trip marked the family of eight’s first visit to northern Ireland. Coulter had collected them from Belfast International Airport earlier that day. Coulter was taking the family on a tour of the city, including the Falls and Shankills roads, Parliament Buildings at Stormont and the Titanic Quarter.

The family were reportedly scared by the attack and asked to return to their hotel. None of those inside the bus were injured, but a window was damaged in the attack.

Coulter said that the company would not be taking tours into that part of west Belfast for the rest of the day. He also said that he regularly conducted the tour and had never experienced an attack like this.

Coulter drove the coach back to St Peter’s Cathedral after the incident.

“Some youths approached me there and started shouting abuse at me,” Coulter said, “I don’t know if it was them [who threw the stones] or not.”

“Get a life, grow up. We’re trying to bring the country back to a normal situation – it’s not on.”

The police are reportedly investigating a report of criminal damage and have appealed for information.