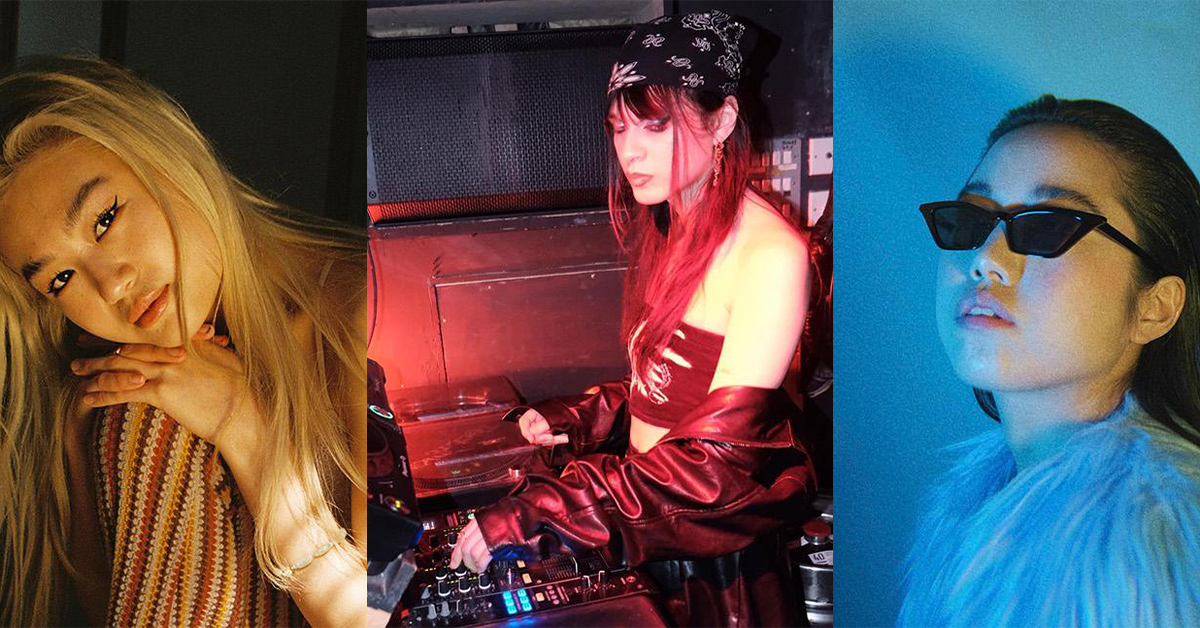 ESEA Sisters conquers Somerset House this Friday, and the Tate Modern in May

“Find your people – then you will find yourself” – Wing Kei Hoang

The Atlanta Massacre viciously confirmed what so many of us had already felt arising during the pandemic. With world leaders condoning the use of terminology such as “The China Virus” to fuel the gruesome escalation of anti-Asian sentiment, Asian communities had plenty of reason to feel isolated, and fearful.

Further still, the murderous shooting of Asian employees at Asian-owned businesses was outrageously described by the first Chief spokesperson covering the tragedy as ‘the perpetrator simply “having a bad day”’ [The Washington Post]. In attacking Asian-owned massage parlours, specifically, the violent, deep-rooted targeting of ESEA women was highlighted. Indeed, many reactions to the tragedy assumed that all the victims were sex workers. Why? Because of the setting? Because of stereotypes of ESEA subservience?

In a search to make sense of it all, ESEA Sisters formed. In the community group formed to provide safe space, experiences of microaggressions such as the all-too-familiar “yellow fever”*, and macroaggressions such as physical assault, were discovered to be commonplace. Prae Chaipet, a recent graduate from The London College of Fashion, describes how relating and healing with members of @esea.sisters allowed her to finally make sense of it all; “I wouldn’t be where I am today without ESEA Sisters”. 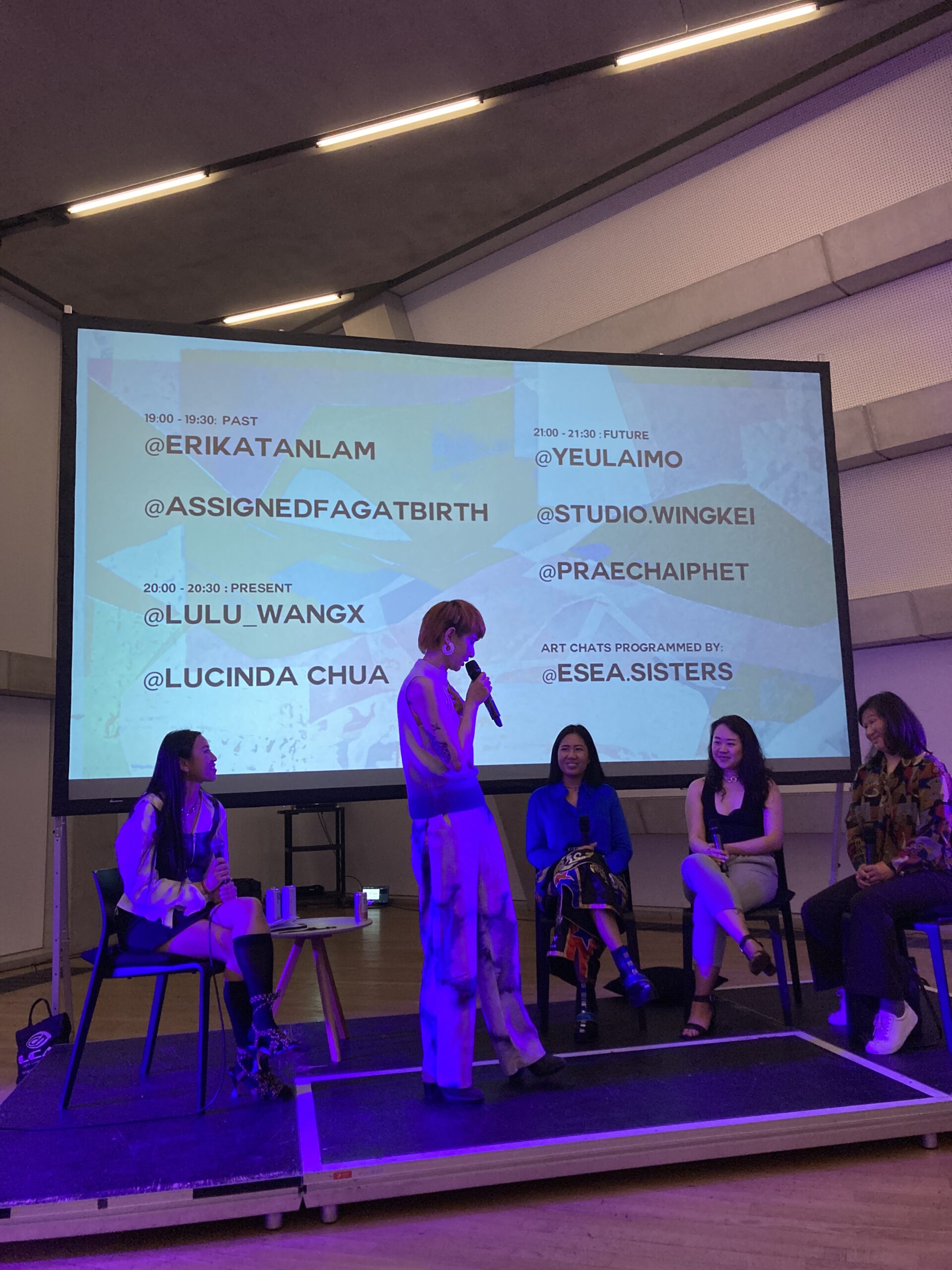 Since its inception, the community group has been actively taking up space. Only just after celebrating their one-year anniversary, they hosted sold out panel discussions at London’s Tate Modern.

There, ESEA Sisters expertly hosted an evening of public workshops to spotlight seven talented artists within the community, and their own significant collective progress. These artists ranged colourfully, from the emerging to re-emerging, students to mothers, and tattooists to musicians.

Centred around mindfulness, the three panel discussions cleverly followed a hypothetical artist’s journey- each focused on the “PAST”, “PRESENT”, and “FUTURE”, respectively. Conversation darted between the panellists’ thoughts around community, growth and identity and were supplemented with vulnerable and empowering stories.

At one point, there weren’t enough chairs for the flood of keen attendees. The crowd, ranging from notable London-based communities in support of ESEA Sisters’ growth, spilled over onto bean bags lining the front row, and when those were filled, the aisles became a free for all. To Visual Artist and Tattooist Wing Kei Hoang who’d seen these activism movements flow since their beginning, she described being immersed, during her talk, by a “super community on this special evening”. Their faces, bathed in the last dregs of golden hour, hung intently onto every spoken word. 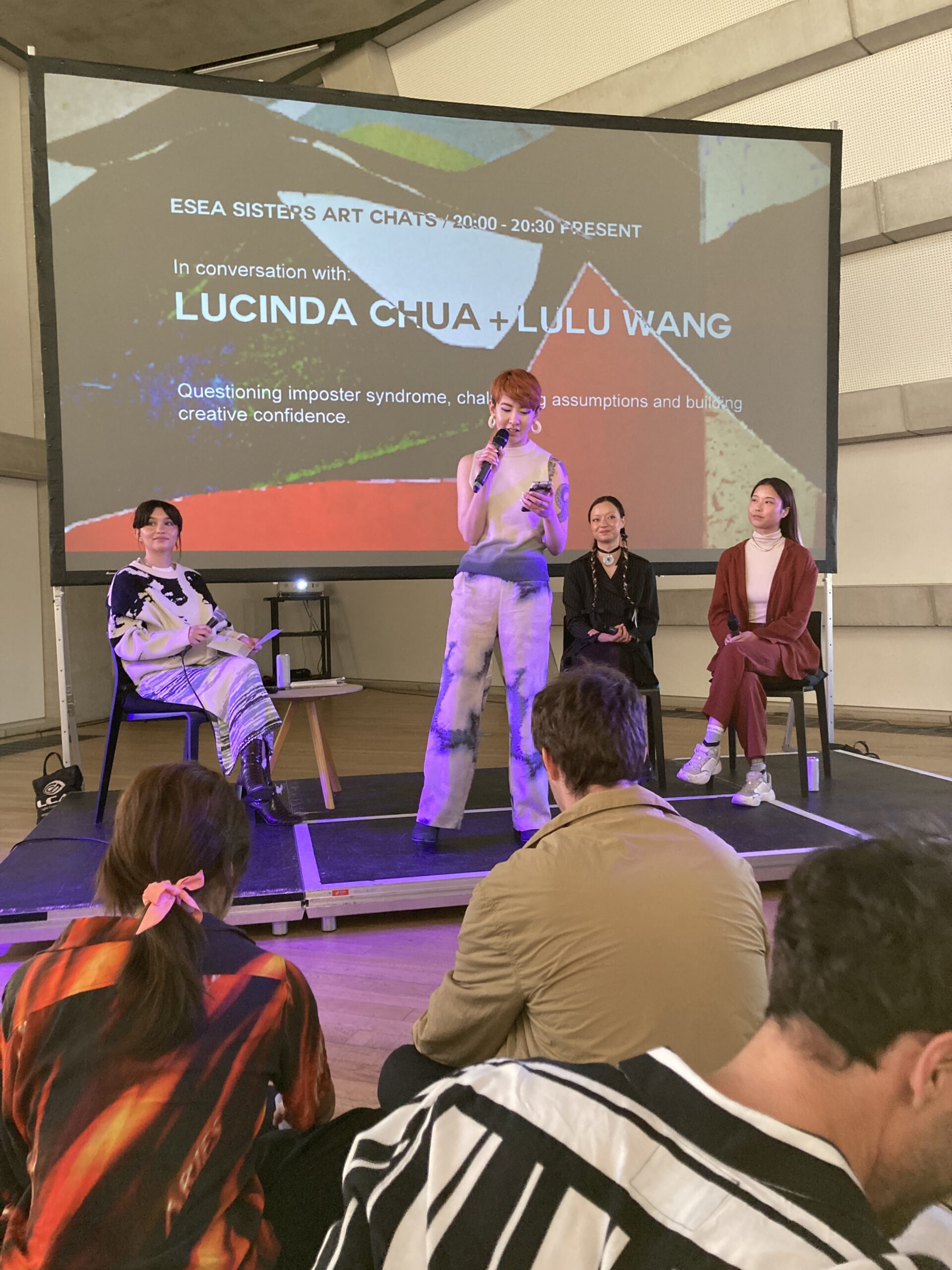 If you were to tell me that each panellist had known one another intimately and over a long time, I’d have believed you – a testament to the quality of their conversation. Seemingly “overdone” topics felt reinvigorated that evening. June Lam, the founder of GGI Club, spotlighted being ‘still treated as a foreigner’ wherever they go. This was a tension also felt, and explored, by re-emerging mixed-media artist Yeu-Lai Mo.

Her work recollects personal memories of growing up above her parents’ takeaway, weaving in alternative critical perceptions concerning British Chinese diaspora. In 2000, she collaborated on ‘Licked’, grappling with the promises and disappointments of British multiculturalism. This was a contemporary problem too. Prae’s endeavours in fashion contend with the female ESEA experience within a society that still stereotypes according to sexual subservience. To manage these emotions and societal norms, Interdisciplinary Performer and Performance Maker Lulu Wang spoke of her art as her way to continually “replant and re-root [her] culture” amid tumultuous changes. 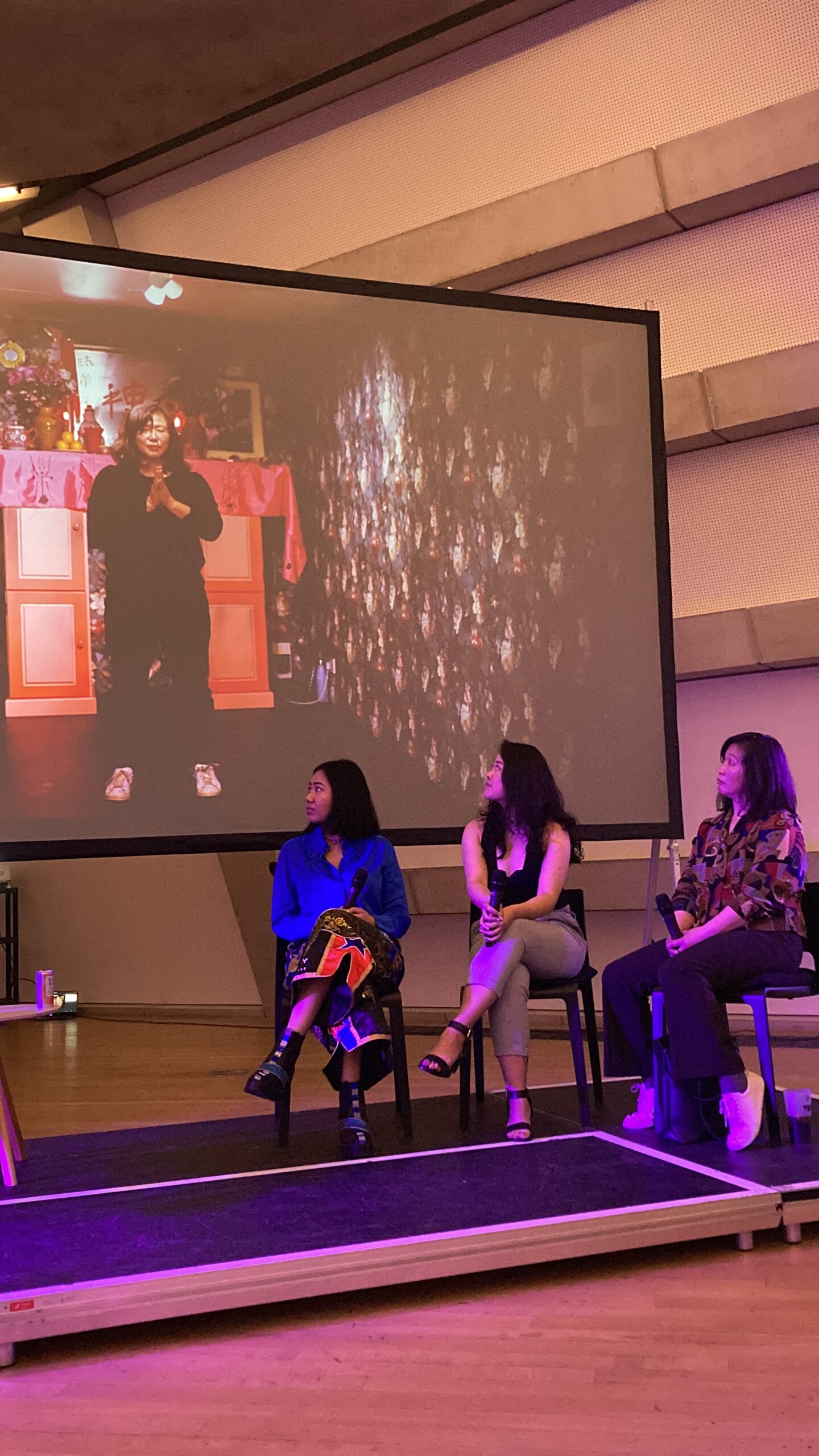 Throughout the talks, the topic of finding community re-emerged in different contexts, but always centred on healing and creativity. It was interesting to hear some artists express their gratefulness for safe spaces, and others surprisingly recoil at the term. For one, Musician and Composer Lucinda Chua succinctly highlighted the benefits of an adulthood where she now has the “agency to choose friends and build a community around herself and who align with [her] values”. In the same way these people encouraged her creative process – healing was proven to also be a communal effort. Her sound caught the ear of singer, FKA Twigs. On auditioning, she remembered being plagued with severe imposter syndrome- and the thought that “I wasn’t classically trained”, as if she needed to be.

A friend stepped in to bring her back to earth. The role was perfect for her. Cut to the present (quite literally, in their panel talk named “PRESENT”) Lulu and Lucinda articulated how their mentality toward imposter syndrome has matured. Lucinda, for one, offered it as, “an inevitable part of life, particularly for those who want to grow”. Similarly, Lulu expressed how the embracement of imposter syndrome can even bring you closer to your art, and yourself. Interestingly, her “work worked faster 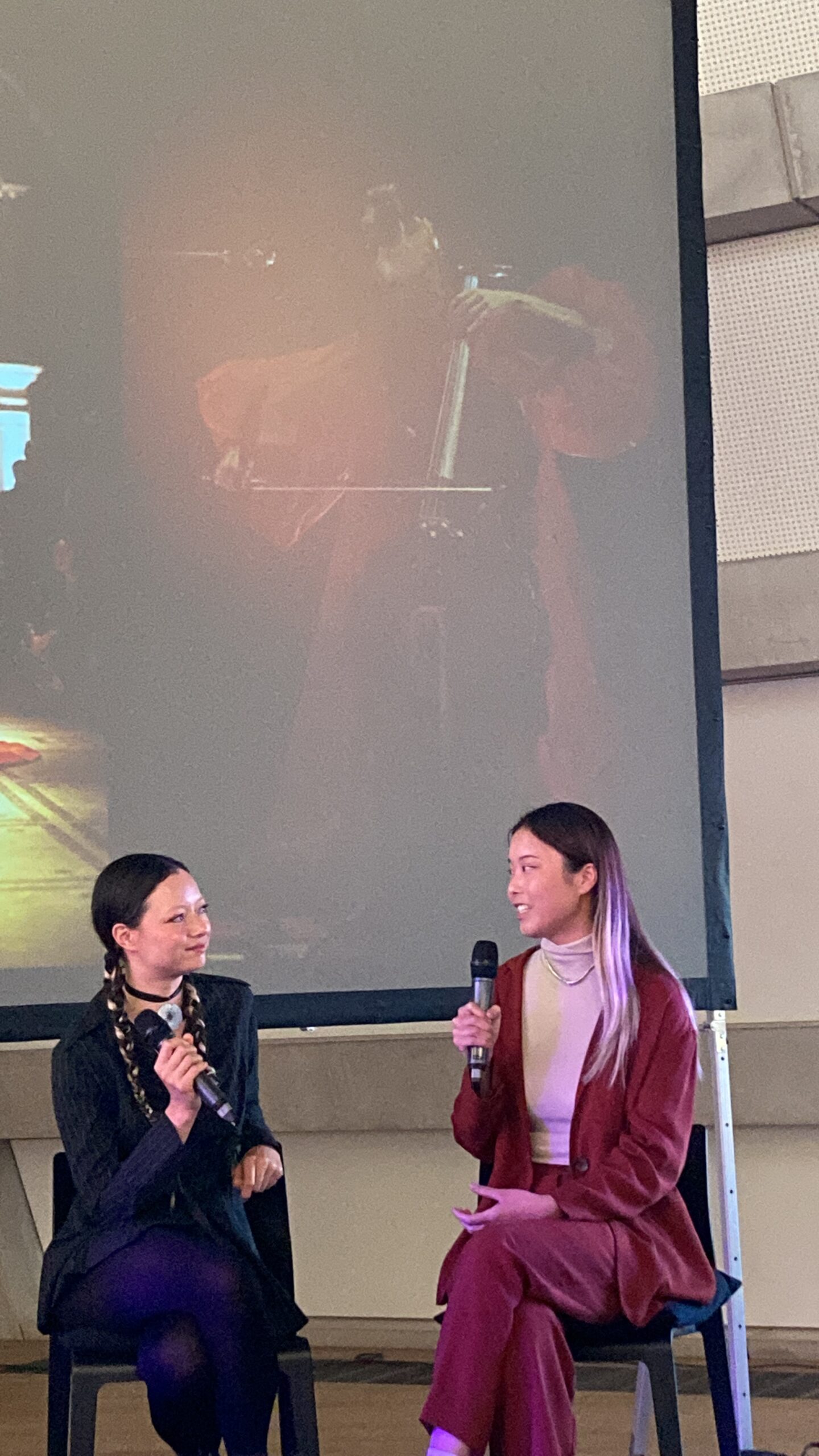 than her” and in hindsight, often illustrated emotions she hadn’t recognised herself at the time of creating. Echoing the advice of many before her, it essentially boiled down to this: do it, just do it. Art, and human identity, is cyclical.

But this evening also welcomed difference – for one, Multi-Media Artist Erika Tan e

xpressed her apprehension toward the term “community”. Rather than being singular, and providing permanence, she described the pluralism of communities constantly in flux. Community is “something everyone

craves but a concept that we shouldn’t put so much pressure on to provide solutions and inspiration”. She recounted the push and pull she’d experienced from multiple communities, arts-based and ethnic, particularly throughout her childhood as a member of an interracial family. Lived experiences like these have led her to prioritise her friendships, or “kindred spirits” as termed by Kim Chin during the first talk, “PAST”. In the flood of ESEA spaces that have popped up over the past year, these spaces oftentimes also underrepresented South-East Asian people, Prae noticed. In enabling honest spaces such as these, in a venue as impressive as the Tate Modern, however, I look forward to seeing how ESEA Sisters leads the charge on development based on this breadth of feedback.

For self-taught Visual Artist and Tattooist Wing Kei Hoang, the first taste of kindred spirits and community was through the POC-run life drawing group 2B or not 2B Collective, two years ago. In drawing others in their purest forms, she found connection and mutual understanding without the need to explain oneself. (I can attest that the sessions are fun, I’ve been to one). Wing Kei emphasises people as being the centre of all she does: “find your people – then you will find yourself”. 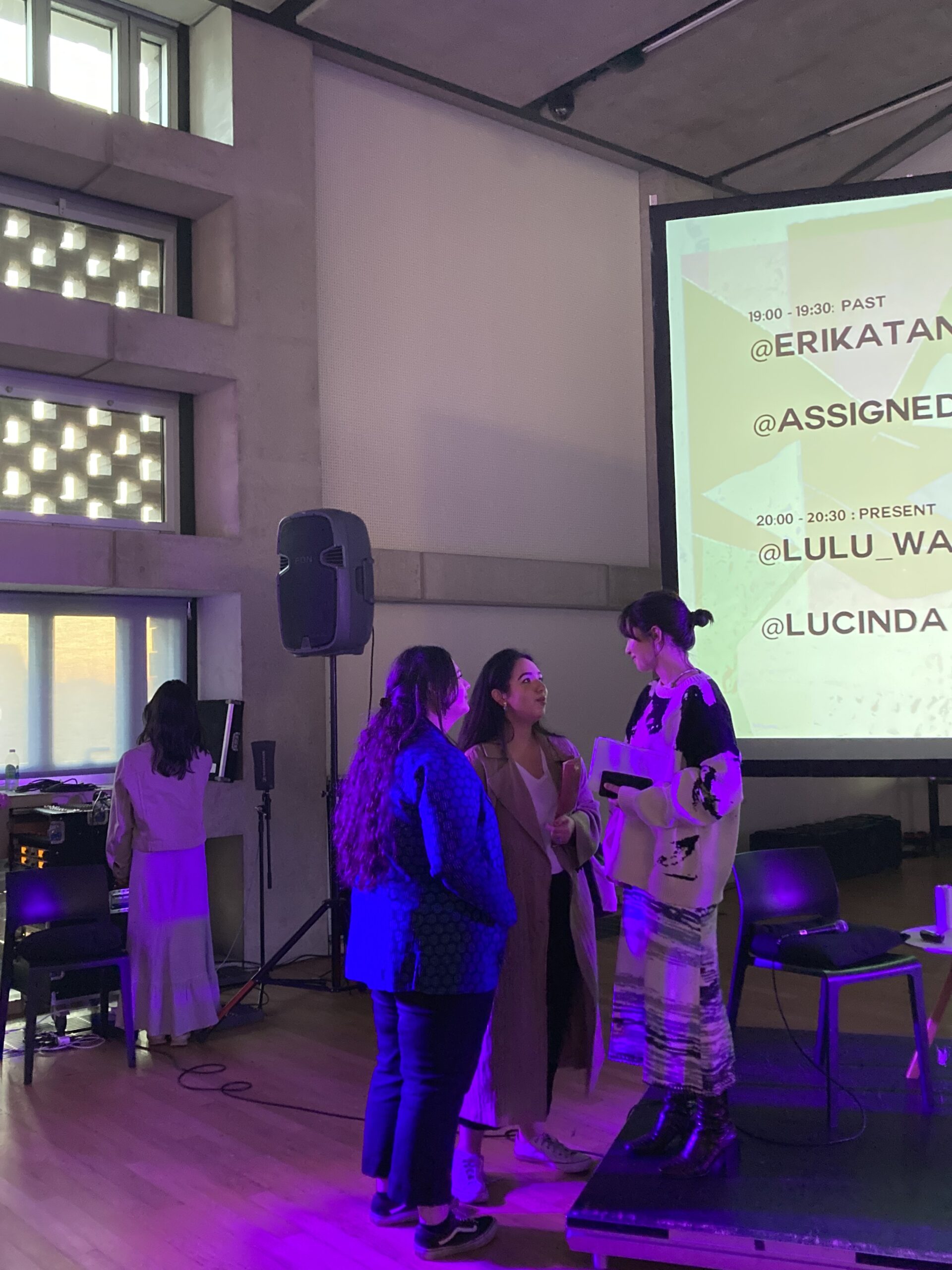 At the end of each session, I glanced around at audience members, all hooked on every word. We all shared the same look of simmering pride, with some welling at the eyes as we applauded. After, I noticed most of us tried to approach the speakers for hugs and tips. To many artists, several audience members expressed their newfound energy to “just want to start painting again”, “finally believe in my art because you have broken the stereotype I grew up with about a career in art”, and to “become as eloquent as you”. Again, by providing this space for honest conversation and eliminating gatekeeping, ESEA Sisters repeatedly and effectively enable symbiotic growth for both ESEA artists and audiences. Thanks to spaces such as them, who lead with such energy and drive in locations such as the Tate and Somerset House, simply because they have the audacity to believe they can and deserve to- I have great hope for the next generation to thrive.

This is just the beginning for ESEA Sisters. On 19th August, they’ll be bringing ESEA joy to Somerset House, hosting ESEA-led DJ-sets, talks workshops, and more, day-and-night. I cannot wait to see what else they conquer this year.

Any questions on key terms? Feel free to reach out to the educational organisation @voiceESEA for clarification:

“Yellow fever”= a slang term (n) used to describe an individual’s fetishization of ESEA culture and, in doing so, the reduction of ESEA people to stereotypes perpetuated by historical societal norms and a lack of fair representation.