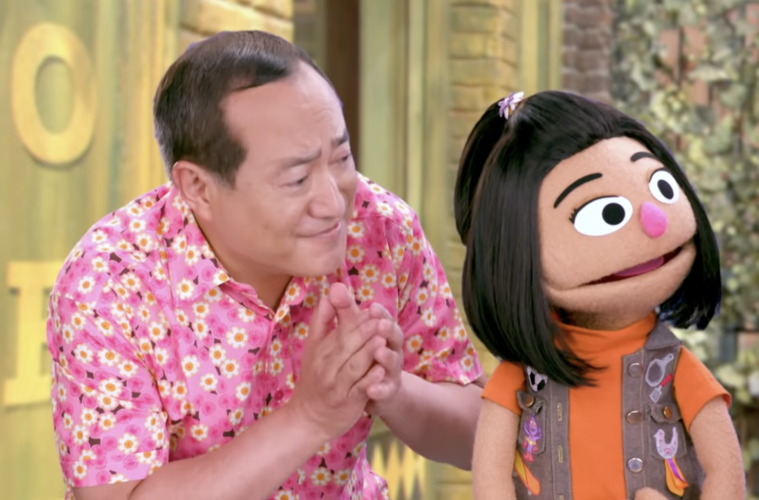 The episode and character are part of the series’s focus on racial justice which aims to teach children about race, identity and culture.

See Us Coming Together is a special that celebrates the rich diversity of Asian and Pacific Islander communities as part of Sesame Workshop’s ongoing racial justice initiative.

“I feel like it’s a common story of … kids of immigrants. And Sesame Street was my bread and butter. I loved it. It’s what inspired me to go into production. The dream was always to be a Muppeteer,” Kim said.

“The sort of genesis of Ji-Young was accelerated with the rise in hate crimes against Asians this year, and Sesame knew that they want to do a special sort of celebrating in the AAPI community, and it sort of came out of that.”

In addressing the question whether Muppets should even have racial identities, Kim said, “it’s definitely a topic that was heavily discussed [by Sesame Workshop],” Kim said. “We’ve had so many different types of reactions to Ji-Young. And I will say that they all sort of validate the need for her to be at Sesame Street and bring that representation that hasn’t always been there for the Asian American community.”