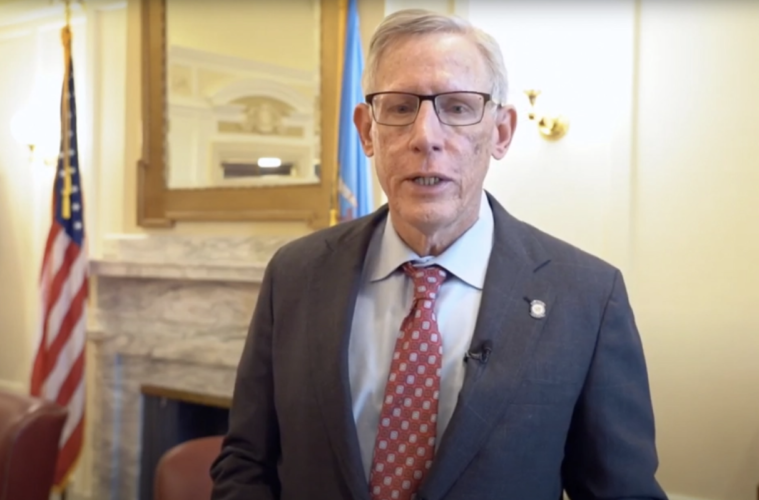 “You use black term, white term, brown term so I was just gonna jump in there with you"

On Friday, Oklahoma Policy Institute analyst Damion Shade was presenting his work about the history of racism in America to the state senate.

“I believe [the racial wealth gap is widening] largely because of the multiplying effect that happens with the diminishment of capital over time,” Shade said, highlighting how racism has increased the wealth gap between white and POC families.

Rader then defended the use of the racist term, replying, “you use black term, white term, brown term so I was just gonna jump in there with you.”

“I was just making sure,” said Shader. “Making sure I understood.”

“Because their experience has been totally different than many … others that have come over,” Rader said.

The senator then began discussing how black families were “much more intact” before the Civil Rights Act of 1964 and Great Society programs.

“The data I’ve seen, the black family was much more intact and much more able to be together in 1960 than it was even 30 years later, 40 years later from that point on,” he claimed.

Rader’s comments predictably drew slack, to which he released a statement.

Rep. Cyndi Munson, the first Asian American woman to be elected to Oklahoma’s state legislature, described his comments as “offensive” and “unacceptable.”

“I’m Asian American, not yellow,” she tweeted. “The language used by the Senator is highly offensive and unacceptable. For my fellow colleagues to be so unaware of the words they use & how they might harm people is exactly why we need open & honest dialogue on racism.”

In his statement, Rader wrote, “I’ve spent my entire life as a football coach and educator, fostering opportunities for individuals of every race and background.”

“As a legislator, I have continued this important work because I believe each and every person in our state and our country should have an opportunity to pursue the American Dream. As I’ve done throughout my career, I am committed to eliminating barriers that might make the pursuit of that dream more difficult.”

In other news, right wing host Steven Crowder has come under fire for racist comments towards a CBS news anchor.