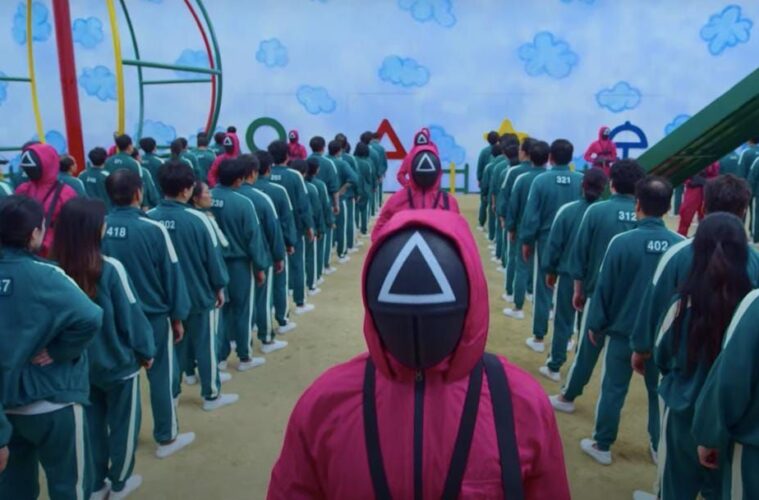 Its pole position marks the first Korean series to earn the number 1 spot on Netflix.

Last year, Korean original series Sweet Home peaked at the #3 spot in the US when released in December.

Squid Game is perched on the top spot in all territories apart from Bangladesh, India, Italy, Russia, South Africa and Sri Lanka.

Created and directed by Hwang Dong-hyuk, Squid Game revolves around participants of a high-stakes survival game that takes traditional Korean children’s gams to the extreme.

“I realized that we are living in a time where those games are actually happening around us and have become relevant to our world,” Hwagn said of his inspiration for the series.

“So when I showed the piece around, people told me that it was very interesting and realistic, which made me think now was the perfect time for this series.”

In other film and TV news, James Corden has angered the BTS ARMY by calling them “15-year-old girls.”