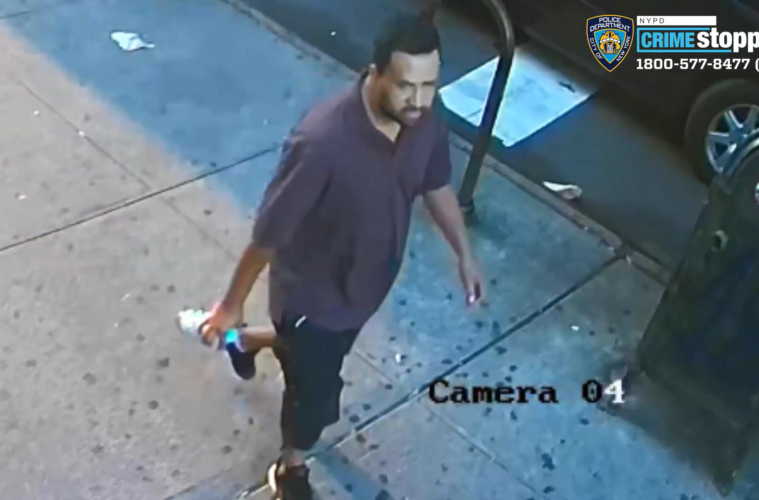 Police are searching for a man who punched an Asian woman in the face.

The incident occurred in Jackson Heights when the woman was walking in the vicinity of 37th Avenue and 75th Street pm Friday 27 August.

At 6:55 am, the suspect struck the 56-year-old woman in the back of the head with a plastic bottle and then punched her in the face.

He then snatched the victim’s chain off her neck whilst making racist anti-Asian remarks.

The suspect was last seen on foot headed eastbound on 37th Road.

Police are asking for the public’s help in identifying the man who is described as “being a dark-skinned male who wore a dark-colored shirt, black shorts and black sneakers.”

The public can also submit their tips by logging onto the CrimeStoppers website at https://crimestoppers.nypdonline.org/ or on Twitter @NYPDTips.

In other news, a first class passenger has been arrested after going on a racist rant on a Salt Lake City flight.

On 8/27, 56YO Asian woman was struck in the head with a plastic bottle and punched in the face in Jackson Heights. The suspect then ripped off the victim’s chain off her neck, yelled anti-Asian statements before taking off.#StopAsianHate @NYPDAsianHCTF pic.twitter.com/AL4fbxtK6U